Lindsay Ellingson has modeled for Chanel, Dolce and Gabbana, Proenza Schouler, Valentino, and Christian Dior, as well as Victoria Secret as one of the brand contracted Angels

Early life
Ellingson grew up in Moreno Valley, California, where she graduated from Canyon Springs High School and won three trophies at the USA National Championships for her high school dance team. Prior to being discovered on the street, she went to college at the University of California, San Diego to study biology. After a test shoot, she was sent to Paris by her model agency, where she met John Galliano who put her on the map. 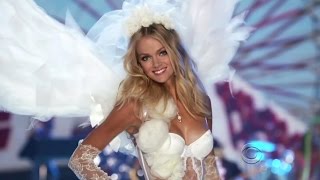 Personal life
In November 2013, after six years of dating, Ellingson became engaged to her long-term boyfriend Sean Clayton, a medical equipment salesman and former college football player. They were married on July 12, 2014, in Bluffton, South Carolina. The couple currently resides in Brooklyn, New York.
Lindsay started dating medical equipment salesman and former college football player, Sean Clayton in 2007. After long dating, they engaged in November 2013. On July 12, 2014, the model married Sean in South Carolina. The marriage ceremony occurred in The Inn at Palmetto Bluff with less than 100 guests present.

Lindsay says something about her first boyfriend

“I MET MY FIRST BOYFRIEND ON THE STREETS OF PARIS RIGHT AFTER A RUNWAY SHOW. I WAS REALLY DISHEVELED, ONE SIDE OF MY HAIR WAS POOFED OUT, MY MAKEUP WAS HALF OFF AND HE STILL HIT ON ME. SO I WAS LIKE, “THIS GUY MUST REALLY LIKE ME.”

Personal Trainer
Mark Gordon is her personal trainer, who makes her fit for Victoria Secret fashion show. In this video, she has focussed on her legs and butts exercises. You will get to know which exercises she does with how many repetitions. 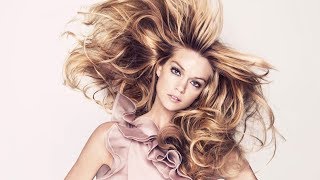 Lindsay Ellingson Facts
Lindsay Ellingson was discovered at a ProScout event that she attended in Orange County, California.
Ballet dancing is her hobby.
She has graced the magazine covers with her presence on Vogue, Marie Claire, Elle, D Magazine, GQ and L’Officiel internationally and has appeared in the pages of Allure, Flair, V, and i-D as well.
As of 2011, she is one of the faces of Clarins (French Luxury cosmetics company).
In 2011, she became Victoria Secret Angel.
In 2011, she became the face of Victoria Secret perfume line “VS Attraction” and its new bra “Gorgeous”.
She was featured model in 2010 Victoria Secret “SWIM” catalog.
She was chosen as the “Body by Victoria” by Victoria Secret and has walked the ramp for the same for straight 5 years. 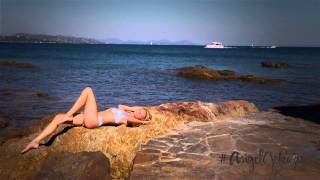