Lily Maud Aldridge is a Victoria Secret Angel and a Sports Illustrated Swimsuit Issue model, appearing as a rookie alongside Chrissy Teigen and Nina Agdal in 2014 for the cover of the issue 50th anniversary.

Supermodel Lily Aldridge is a Victoria’s Secret Angel and a Sports Illustrated Swimsuit model which means she is getting a lot of attention and plenty of endorsement deals. Aldridge is one of the highest-paid models around but she still keeps a low profile and bought a $58,000 Lexus RX SUV for both luxury and comfort.

Lily Aldridge in a Bathing Suit for Glamour France

Early life
Lily Aldridge grew up in a fashion-oriented family. She is the daughter of English artist Alan Aldridge and Playboy Playmate of the month Laura Lyons. 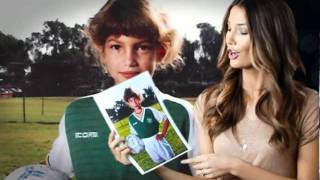 Lily Aldridge siblings include half-sister Saffron Aldridge, who was the multiyear face of Ralph Lauren in the 1990s; full brother Franco Aldridge, also known as Franco Evans, who goes to a school Felsted was born June 27, 2004; half-brother Miles Aldridge, who is a fashion photographer and was married to model Kristen McMenamy from 1997 to 2013; and sister Ruby Aldridge, who was the face of Marc by Marc Jacobs. 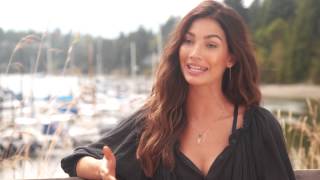 Lily Aldridge made her Sports Illustrated Swimsuit Issue debut in 2014, as a covermodel alongside Chrissy Tiegen and Nina Agdal for the issue 50th anniversary. 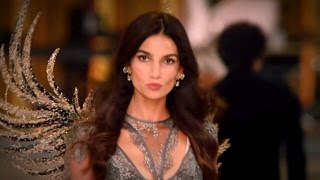 In January 2011, Aldridge appeared on the cover of the February issue of British GQ with Lindsay Ellingson, Erin Heatherton, and Candice Swanepoel.
In the same month, she appeared in an editorial for V Magazine with fellow angels Heatherton and Swanepoel.

Music videos
Lily Aldridge has appeared in various music videos. In the year 2000, she made a cameo among Eminem, Snoop Dogg, Dr. Dre and others on the music video Break Stuff of Limp Bizkit.

In 2015, Lily Aldridge appeared in the music video for Bad Blood by Taylor Swift, portraying an assassin called Frostbyte.
Aldridge also appeared in two Kings of Leon videos; Use Somebody and Temple.

Personal life
On September 20, 2010, Us Magazine reported that Lily Aldridge was engaged to Kings of Leon frontman Caleb Followill.
They met in 2007 at the Bonnaroo Music Festival.
The couple married on May 12, 2011, at the San Ysidro Ranch in Montecito, California.
Aldridge gave birth to their daughter, Dixie Pearl Followill, on June 21, 2012, in Nashville, Tennessee. 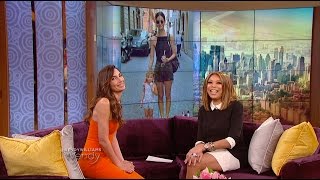 Personal Trainer
As she worked as a Victoriao Secret model, Lily Aldridge also took the help of personal trainer, Justin Gelband (like other VS models). When she visits Justino gym in NYC, he then decides, which exercise to do. But, in general she spend 75 minutes of workout session around 4 or 5 times a week.

Justin says, the type of exercises which Lily Aldridge performs purely depends on the working schedule of Lily. She may have a photoshoot , or ramp walk, or other modeling assignments in the near future. So, he and his team decides accordingly. She prefers to work more on her butt and arms by doing exercises like boxing, sliders and pilates. These are her favorite areas to work on.
And yes, regarding diet, he says that he doesn’t keep a check on her eating habits. If she is not eating right, it will reflect in her body. He further says that Lily follows “Blood Type Diet” (in which you need to eat according to your blood type) by Dr. D’Adamo.

First TV Show
Lily Aldridgeo debut show was obviously a fashion show, which is Ready to wear – Autumn / Winter 2007 in which she advertised for Josh Goot, Jovovich Hawk, Yigal Azrouel.

Lily Aldridge Facts
She was born at St Johno Hospital in Santa Monica, California.
Lily has hobbies such as acting and playing soccer.
Lily belongs to a fashion oriented family.
She was a Victoriao Secret MODEL in 2009 but after a year, she got the status of an ANGEL and hence got her wings.
She got her first magazine cover page appearance in 2003, as she appeared on August edition of Vogue Spain.
Along with Lindsay Ellingson, Erin Heatherton, and Candice Swanepoel, she graced the cover of British GQ in February edition of 2011.
She also served as a photographer for the clothing company Rag and Bone in 2011.
When she is on a tour, she always keeps earplugs, eye mask (for flights), PC for watching movies and listening to music.
Victoriao Secret angels Candice Swanepoel, and Behati Prinsloo are her good friends.
“Lily Aldridge for Velvet” is her own clothing line, which she launched in 2013 in collaboration with Velvet Tees.
She has been featured in Taylor Swift‘s “Bad Blood” music video.
She debuted in Sports Illustrated Swimsuit Issue in 2014 when she appeared on the cover page of magazineo 50th anniversary issue alongside models Nina Agdal and Chrissy Teigen.