Emily VanCamp Canadian actress, known for her lead roles on the WB series Everwood (2002–06), the ABC dramas Brothers and Sisters (2007–10) and Revenge (2011–15), and as Sharon Carter / Agent 13 in Captain America: The Winter Soldier and its sequel Captain America: Civil War.

The Rise and Rise of Emily VanCamp in Sharp Magazine

Education
She was passionate about dancing since childhood and is learning it since the age of three. To learn dancing professionally, she took admission into ballet school Ecole superieure de ballet du Quebec at the age of 12.

Early life
VanCamp was born in Port Perry, Ontario, Canada. She is the third of four daughters born to Cindy and Robert VanCamp. Her father is an animal nutritionist and her first job was working for her father, delivering food to clients in and around her hometown. VanCamp grew up in an English- and French-speaking household and is fluently bilingual. 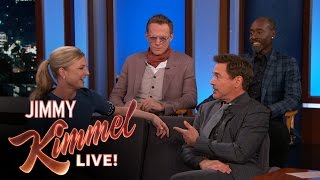 VanCamp started studying dance at age three, and wanting to become a professional dancer, at the age of 11 convinced her parents to let her attend a summer training program in Montreal. At 12, she was accepted at the Ecole superieure de ballet du Quebec, the training program of Les Grands Ballets Canadiens, and moved in with a local French Canadian family.

1998–2002: Career beginnings
In 1998, VanCamp became interested in acting after visiting her sister Katie on the set of the film Ladies Room. She started taking acting classes on Saturday afternoons, found an agent and, after working on a few commercials, was cast in the second part of the three-part season-seven premiere of the Canadian children horror anthology television series Are You Afraid of the Dark?. Her character was present in one scene and spoke no dialogue, playing opposite a 17-year-old Elisha Cuthbert.

VanCamp followed this with a turn as a teenage Jackie Bouvier in the Emmy-nominated CBS TV movie Jackie Bouvier Kennedy Onassis and a guest spot on YTV sitcom Radio Active. The following year saw the release of her first theatrical feature, the lesbian-themed drama Lost and Delirious, in which she played a supporting role as Jessica Pare sister, and another television guest spot on an episode of the short-lived medical horror series All Souls, where she played a hit-and-run victim with spinal trauma. VanCamp also had roles in the miniseries Dice, directed by Rachel Talalay and in the TV film Redeemer, directed by Graeme Clifford, which aired in early 2002.

2003–10: Breakthrough and television work
VanCamp experienced her big break at 15 when she was cast as regular Sam Dolan in the WB mid-season show Glory Days (known in Europe as Demontown), the third TV series from Dawson Creek creator Kevin Williamson. The horror mystery received mildly positive reviews, but was a ratings disappointment and was cancelled after nine episodes. VanCamp performance as the lead character younger sister caught the eye of former Dawson Creek writer Greg Berlanti. Her performance reminded him of Katie Holmes, and he desperately wanted to work with her. He cast her in his forthcoming first show, Everwood, also for the WB. VanCamp played Amy, Dr. Abbott daughter, who immediately forms a friendship with Dr. Brown son Ephram, played by Gregory Smith. A significant portion of the show was devoted to the relationships between the two families, and in particular to Amy and Ephram. The young actress gained a certain amount of recognition for the role, in which her character was confronted with drugs, depression, and an alienation from her family, receiving four Teen Choice Awards nominations and one Young Artist Awards nomination during the course of the show run.

While on breaks from Everwood, VanCamp starred in a few film projects, including the thrillers No Good Deed and A Different Loyalty, as well as Rings, a horror short film that bridges the events between The Ring and The Ring Two, and ties directly into her appearance in the opening scene of the latter film.

VanCamp filmed the post-apocalyptic horror film Carriers in the summer of 2006. Early 2007 had the broadcast of a season-eight Law and Order: Special Victims Unit episode, in which her drug-addict character Charlotte Truex cannot recall her actions on the night her mother was murdered, and the premiere of the independent drama Black Irish, where her character Kathleen McKay, the sister of lead actor Michael Angarano character Cole, has to deal with teenage pregnancy. 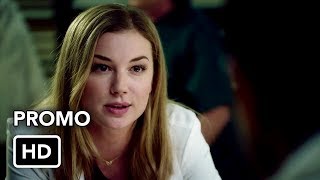 VanCamp next big role came at age 20 when Everwood creator Greg Berlanti cast her as a regular midway into the first season of the ABC drama Brothers and Sisters, which he was showrunning, offering her the part directly. The Jon Robin Baitz-created series chronicles the lives of the Walkers, a wealthy family who owns a food company, after their patriarch dies and it is revealed he has a secret child from a long-standing affair, Rebecca Harper, whom VanCamp plays.

VanCamp remained a regular on Brothers and Sisters during the show first four seasons, and returned as a guest for a few episodes in the fifth and final season to wrap up her character storyline. While working on the show, she found the time to star in the independent dramedy Norman in mid-2008, which earned her awards from the San Diego Film Festival and the Breckenridge Festival of Film, her only wins to date. The film has her playing the girlfriend of main character Norman Long, played by Dan Byrd, who pretends he is dying of cancer. VanCamp also starred in the two-part TV film Ben Hur, the latest adaptation of Lew Wallace 1880 novel.

2011–present: Revenge and other projects
VanCamp starred in Hallmark Hall of Fame film Beyond the Blackboard, based on the true story of teacher Stacey Bess, whom VanCamp portrays. The film aired on CBS on April 24, 2011. She was then cast as Amanda Clarke/Emily Thorne in the ABC drama Revenge, which was given a series order in May 2011. As the first TV show VanCamp has truly headlined, Revenge has garnered her a significant amount of recognition, including multiple Teen Choice Awards nominations.

VanCamp co-starred in Captain America: The Winter Soldier as Sharon Carter, a potential loyal friend of Chris Evans’ titular hero and the niece of the previous film Peggy Carter, played by Hayley Atwell. The film was shot from April through June 2013 and was released on April 4, 2014. VanCamp reprised her role in the 2016 sequel Captain America: Civil War.

VanCamp starred in the independent drama The Girl in the Book, which started filming in mid-June 2013 in New York City. Based on a true story, the film centers on VanCamp character Alice, a 28-year-old assistant book editor and aspiring writer. To fund its post-production, the film producers launched a crowdfunding Kickstarter campaign on June 17, 2013, which successfully surpassed its $65,000 goal on July 1.

In 2016, she starred in the French-Canadian independent drama Boundaries, also known as Pays in French, which was her first bilingual role where she spoke in fluent French. 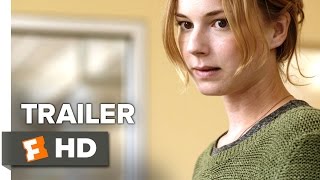 In March 2017, VanCamp was cast as the female lead in the upcoming FOX medical drama, The Resident, where she will play Nicolette Nevan, a nurse who also happens to the on-again, off-again romantic fling of Matt Czuchryo Conrad. In May 2017, the pilot was ordered to series on behalf of FOX.

VanCamp speaks French fluently and says she feels at home when she hears the language. She has also studied Spanish and is an accomplished dancer, having studied ballet, jazz, hip-hop, and tap as a child, which she credits with helping her through her fight scenes on Revenge. She believes that if she had not gone into acting, she would have probably either continued dancing or done something related to cooking.

Emily VanCamp has been dating Revenge co-star Josh Bowman since late 2011. On May 11, 2017, the couple announced they are engaged. 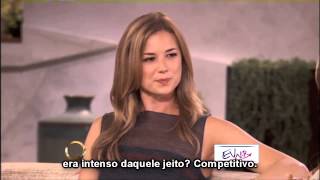 Best Known For
Playing Amy Abbott in The WBo drama series Everwood from 2002 to 2006, as Rebecca Harper in the ABCo drama series Brothers and Sisters from 2007 to 2010, and as Emily Thorne / Amanda Clarke in the ABCo Revenge since 2011.

First TV Show
In 2000, she appeared in the very first episode of YTVo horror / fantasy-themed TV series Are You Afraid of the Dark? for her role as Peggy Gregory in season 7.

Emily VanCamp Facts
She is a ballet dancer also. Emily started taking interest in dancing at the age of three.
She can speak English, Quebecois French, and Spanish.
She was into photography in and around 2002. She was cast in Everwood in 2002 and wanted to buy F100 Nikon Camera.
Emily is also skilled in horse riding.
Her job was to deliver food to people in her hometown, thus helping her father.
She is skilled in various dance forms such as ballet, tap, jazz, hip-hop.
If she weren’t into acting, she would probably be either a dancer or a cook.
She is also an ice hockey fan. She supports Montreal Canadiens team.
In 2003, Emily was named as one of the E! Onlineo Sizzlin’ 16.