Stephanie Denise Kightley is an Australian model and activist. She is known for various efforts to raise awareness on subjects including body positivity, animal cruelty, and veganism.

Her father, Russell Kightley, is of English descent, and her mother, Lilia Ferrario, is Italian.

Ferrario was born in Canberra, Australia to an Italian mother and English father. She is currently the face of a lingerie line by Dita Von Teese for Australian department store Myer, and has previously worked with Gok Wan for Target (Australia) and other Australian brands such as Sportsgirl, City Chic, Bras N Things and Berlei, overseas she has worked for Italian stores Fiorella Rubino, Flow clothing in Malaysia and Swimsuits For All. 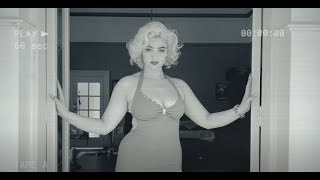 In February 2015, Ferrario started a campaign with television presenter Ajay Rochester to end the use of the term “plus size” to describe models who are above a US dress size 4 by the modelling industry. Ferrario posted a picture with the caption “I am a model FULL STOP” with the hashtag “#droptheplus” which gained coverage in the media and was heavily discussed, with mixed, but mostly positive reactions, on social media and within the fashion industry.

In 2017 Stefania was amongst the four faces of Melbourne Fashion Week. 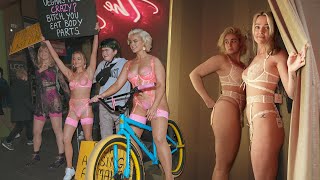 In an interview with Fuse magazine, Ferrario stated that she is tri-lingual, speaking English, French, and Italian and identifies herself as bisexual.

Ferrario is a vegan and describes herself as an “animal-activist”, telling another animal activist she had been vegan since 1 January 2020 and that she wishes she had done it sooner. Later that year, she tweeted “If you’re against animal cruelty why are you paying for it on a daily basis? Go vegan!” She has a highlights section on her Instagram for all posts about vegan food and discussion and created a YouTube video showing the food she would eat on a normal day and the vegan food she bought that day.

Ferrario has pierced nipples and a rabbit called Bambi.

Stefania Ferrario Wins ‘The PWI Most Beautiful Woman In The World’ Award 2020. 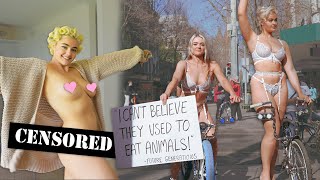 The model presents underwear, which further emphasises the elegance and perfection of her body. She posts a lot of photos on her Instagram using the hashtag #DropThePlus, which is popular among active supporters of a more tolerant attitude to different forms and body types. According to the Australian model, such labels can adversely affect the ability of ladies to succeed. She said the following on her Instagram:

I am a model FULL STOP. Unfortunately in the modelling industry if you’re above a US size 4 you are considered plus size, and so I’m often labelled a ‘plus size’ model. I do NOT find this empowering. A couple of days ago, @ajayrochester called the industry to task for its use of the term ‘plus size’ by making the point that it is ‘harmful’ to call a model ‘plus’ and damaging for the minds of young girls. I fully support Ajay and agree with her. Let’s have models of ALL shapes, sizes and ethnicities, and drop the misleading labels. I’m NOT proud to be called ‘plus’, but I AM proud to be called a ‘model’, that is my profession! Visit droptheplus.org for full explanation of the dangers this label carries (especially on young impressionable girls).

Thus, the lady quickly attracted the attention of the media and instantly became popular. Her position was discussed all over the world. Many supported her opinion and joined the flash mob under the mentioned hashtag. Stefania Ferrario age is 25. The young lady is a rioter and a very strong, intelligent person. Six years ago, she shaved her hair in order to draw public attention to severe diseases and raise money for their treatment. Stephanie Ferrario cancer has also become a popular movement. She raised money and awareness for cancer and the Cancer Council in her home country firstly to help Peter Coulson who photographed her for his book. 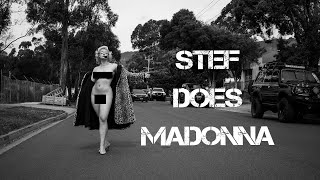