Sabrina Ann Lynn Carpenter is Best Known For Playing the lead role as Maya Hart in the coming of age TV sitcom, a Disney Channel series Girl Meets World since 2014.

Manager
She is signed to Perlman Management Group.

As Singer
As a singer, Sabrina has released various singles and an extended play titled Can’t Blame a Girl for Trying on April 8, 2014, via Hollywood Records. It ranked at #37 in US Top Heatseekers.

First Film
Other than television films, her first film was comedy film Noobz for her role as Brittney, which was released in 2012.

First TV Show
In 2011, Sabrina guest appeared in police procedural drama series Law and Order: Special Victims Unit for her role as Paula in an episode titled “Possessed” in episode 12 of season 12.

Personal Trainer
Sabrina has a lean figure and she may be taking care of her diet. Her fitness regime and diet plan is not known. 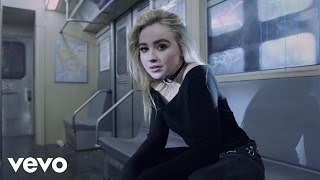 Career
2011–2012: Career beginnings
Carpenter booked her first acting role in 2011, a guest role on the NBC drama series Law and Order: Special Victims Unit. She played a young rape victim interviewed by Detective Elliot Stabler (Christopher Meloni). Around the same time, she performed live on the Chinese television station Hunan Broadcasting System, for the Gold Mango Audience festival. She performed Etta James’ Something Got a Hold on Me, in the style of Christina Aguilera from the movie Burlesque. Less than two years later, Carpenter booked a series recurring role on Fox The Goodwin Games as Young Chloe, a series regular role on Disney Channel pilot Gulliver Quinn and the ABC pilot The Unprofessional.

2013–2015: Girl Meets World and Eyes Wide Open
She portrayed young Merrin in the 2013 film Horns. Carpenter performed Smile for the album Disney Fairies: Faith, Trust And Pixie Dust; the song charted on Radio Disney. Her song All You Need is featured on the Sofia the First soundtrack.

In January 2013, Carpenter was cast as Maya Hart in the Disney Channel series Girl Meets World, opposite Rowan Blanchard. The series is a sequel to the 1993–2000 ABC series Boy Meets World. On March 14, 2014, Carpenter debut single, Can’t Blame a Girl for Trying, premiered on Radio Disney, and was released on iTunes later in the day. The song is the title track on her debut EP which was released on April 8 and was generally well received. Carpenter is featured on the Girl Meets World theme song, Take On The World, which also features her co-star Blanchard. Carpenter performed the song Stand Out in the Disney Channel Original Movie How to Build a Better Boy, which premiered August 15, 2014, on Disney Channel. On July 20, 2014, Carpenter contributed lead vocals to Disney Channel Circle of Stars’ cover version of Do You Want to Build a Snowman? In January 2015, it was announced that Carpenter, along with Sofia Carson, would star in a Disney Channel Original Movie, then titled Further Adventures in Babysitting, based on the 1987 movie Adventures in Babysitting.

On February 22, Carpenter announced the title of her debut album, Eyes Wide Open. It was preceded by the debut single We’ll Be the Stars, which was released on January 13, 2015. The album was originally to be released April 21, 2015, but the release date was moved and the album was released on April 14, 2015. In 2015 she won a Radio Disney Music Award in the category Best Crush Song for her song Can’t Blame a Girl For Trying. 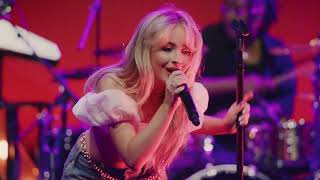 In December 2015 Carpenter portrayed the role of Wendy in the Pasadena Playhouse production of Peter Pan and Tinker Bell: A Pirate Christmas.

2015–present: Evolution
In August 2015, it was reported that Carpenter had begun work on her second album. On November 5, 2015, she unveiled the artwork for her new single, Christmas the Whole Year Round, which was released a week later. On February 2, 2016, Carpenter announced via social media that a new single, Smoke and Fire, would be released on February 19, 2016. Speaking of the single, Carpenter said: Smoke and Fire was the first story that I was waiting to tell out of the many stories from the second album… I kind of write wherever I go. I’m always writing down things in my phone and in my notes on stuff that inspired me and stuff that I see in everyday life, or even just fun words. While this song was expected to be on her second album, it does not appear on the tracklist due to Carpenter feeling her evolution came after the song. On July 29, 2016, Carpenter released On Purpose, the first single from her second album. On September 3, 2016, Carpenter announced the name of the album as Evolution and announced her first tour, the Evolution Tour, the next day. On October 11, 2016, she announced that the tour had sold out, and on October 14, the album was released. In November 2016, she was picked as Elvis Duran Artist of the Month appearing on NBC Today show with Hoda Kotb and Kathie Lee Gifford performing her song Thumbs.

In 2017, Carpenter recorded the theme song for the series Andi Mack, titled Tomorrow Starts Today. On April 17, 2017, she performed her single Thumbs on The Late Late Show with James Corden. She collaborated with The Vamps and Mike Perry for the single Hands, which was released on May 19, 2017. In 2017, she toured Europe with The Vamps, and she will be doing a summer tour with New Hope Club. On October 13, 2017, Lost Kings released a single called First Love featuring Sabrina Carpenter. Her single Why was released on July 7, 2017. It was produced by Jonas Jeberg. In 2017, Carpenter sang You’re a Mean One, Mr. Grinch on Lindsey Stirling holiday album Warmer in the Winter. In December 2017, Carpenter released a cover of Have Yourself a Merry Little Christmas. In 2018, she released the single Alien, featuring Jonas Blue. They performed the song together on Jimmy Kimmel Live! on March 21, 2018.

In 2017, Carpenter was cast in the film The Hate U Give, based on the novel by Angie Thomas. In 2018, she was cast as a series regular in the NBC comedy pilot So Close, and in the drama film The Short History of the Long Road.

Sabrina Carpenter had a recurring role as the young version of Chloe Goodwin in The Goodwin Games and starred as Maya Hart in the Disney Channel series Girl Meets World. She is signed to Hollywood Records. Her debut EP Can’t Blame a Girl for Trying was released in 2014, and she has since released two full-length albums: Eyes Wide Open (2015) and Evolution (2016).

Influences
In an interview with Disney Insider, Carpenter cited Christina Aguilera and Adele as musical influences. 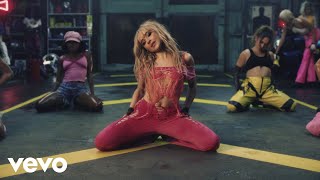 Sabrina Carpenter Facts
She finished third in the singing competition held by Miley Cyrus by the name “The Next Miley Cyrus Project.”
She first got to act in 2011 which was a guest role in “Law and Order: SVU.”
She is good friends with Rowan Blanchard, Girl Meets World co-star.
In 2013, she voiced the role of Princess Vivian in the computer-animated series Sofia the First in episode 6 and 7 of season 1.
On March 14, 2014, Carpenter released her debut single “Can’t Blame a Girl for Trying” on iTunes and Radio Disney.
She has also contributed lead vocals to the song “Do You Want to Build a Snowman?” from 2013 animated film Frozen.
Carpenter likes the singers Ashley Tisdale, Carrie Underwood, Christina Aguilera, Demi Lovato, Taylor Swift, and Lorde.
Here in this YouTube video, Sabrina answers to 5 questions asked by Bop and Tiger Beat. 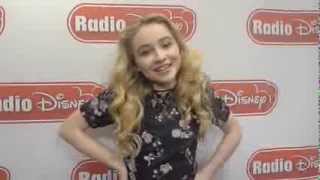