Rachel Cook, being a popular model and YouTuber, she walked the ramp for Celine Pre-Fall in 2013 and has been featured in a W Magazine editorial in the past.

Education
Rachel finished her GED and then quit studies to become a full-time model.

Rachel Cook who began modeling right after high school, walked the ramp for Celine Pre-Fall in 2013 and has been featured in a W Magazine editorial in the past.

Rachel began her YouTube channel in October 2016. She has a strong fan base on Instagram with more than 2 million followers.

Personal Trainer
As per a video in 2016, Rachel tried to work out every day. Her workout routine included weight training, pilates, yoga, and a lot of cardio. She also did stretching and muscle workouts. Rachel is a fitness enthusiast and often posts her workout videos on Instagram.

Her diet is mostly balanced. She drinks a lot of water in the morning followed by tea every day. As per a video in December 2016, she was avoiding coffee as she was trying to cut off caffeine completely from her diet.

Rachel Cook Facts
As a child, Rachel always wanted to be a teacher.
She was scouted for modeling at the age of 13 when she was in a mall with her mother and grandmother.
She was not a very bright student and hated high school.
Rachel began full-time modeling right after she got her GED.
She got a tongue piercing when she was 19 years old.
At the age of 20, she went on a trip to New York that turned out to be unsuccessful and made her quit modeling. After coming back to Seattle, she took a job as a waitress but later realized that she wanted to pursue modeling.
She went to Los Angeles in 2015 and started modeling again.
One of her closest friends named Lisa passed away earlier in 2016.
She started her YouTube channel on October 22, 2016.
She loves hiking and camping.
Rachel wears contact lenses because of poor eyesight.
She often gets confused with actress Rachael Leigh Cook due to similar names. 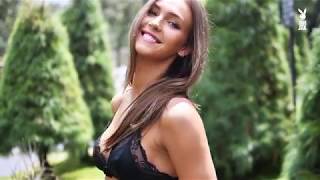