During pregnancy, a womano brain is likely to shrink in size 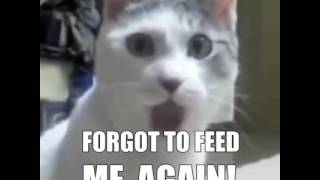 The brains of pregnant women appear to shrink during late pregnancy, according to research which offers an explanation for cognitive problems some women complain of before and after giving birth. The doctors at the Royal Postgraduate Medical School in London found that it can take up to six months for the women brains to regain their full size.

Anita Holdcroft, the anaesthetist in charge of the study, said poor concentration, lack of co-ordination, and memory problems in late pregnancy may be linked to the changes in brain size she and her colleagues observed.

A set of three-dimensional images of the brains of 10 healthy women were taken, using magnetic resonance imaging (MRI) in late pregnancy, six to eight weeks after delivery, and then up to six months later.

According to a report in New Scientist magazine, Dr Holdcroft and colleagues found that as the woman body and physiology returned to the non-pregnant state, their brains increased in size. It is possible that their brains were swelling from a normal state but this is unlikely, Dr Holdcroft told a meeting of the Physiological Society in Sheffield earlier this month.

The findings follow a study of women who suffer very high-blood pressure – pre-eclampsia – in which a build-up of fluid causes swelling; potentially fatal seizures can follow. We assumed that their brains would also swell but last year we found that they shrink, Dr Holdcroft said. When the study was extended to healthy women, it was found that brain shrinkage appeared to be a normal feature of pregnancy.

The investigators believe that the brain changes are more likely to be the result of changes in the volume of individual cells rather than in the quantity of brain cells, Dr Holdcroft told the magazine. In addition, the team found that the pituitary gland, which lies at the base of the brain, showed the opposite effect – increasing in size during pregnancy, when it is responsible for producing reproductive hormones – and then diminishing in size in the months after pregnancy.