Phoebe Tonkin is known for portraying Cleo Sertori in H2O: Just Add Water from 2006 to 2010, Fiona Maxwell in Tomorrow, When the War Began in 2010, Faye Chamberlain in The Secret Circle from 2011 to 2012, and Hayley in the TV series The Vampire Diaries. 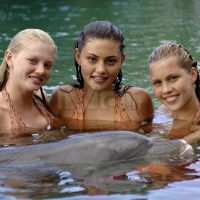 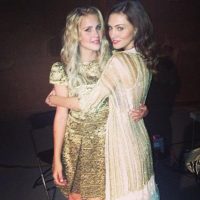 Phoebe Tonkin Scene From The Affair

Early life
Tonkin was born in Sydney, Australia. When she was four, she attended dance courses in classical ballet, hip hop, contemporary dance, and tap dance. At the age of 12, Tonkin began courses at the Australian Theatre for Young People (ATYP) at the Wharf Theatre. Tonkin graduated from Queenwood School for Girls.

Career
In December 2005, Tonkin was cast in the role of Cleo Sertori on the Australian children television series H2O: Just Add Water which follows the lives of three teenage girls who turn into mermaids. Tonkin improved on her swimming abilities during the pre-production of the series. The series premiered on 7 July 2006 on Network Ten and has since gone on to be aired to a worldwide audience of more than 250 million. To promote the series she and her co-stars presented the best band award at the Nickelodeon UK Kids’ Choice Awards in October 2007. In 2008, Tonkin was nominated for Best Lead Actress in a Television Series at the prestigious Australian Film Institute Awards. The series ran for three seasons with the series finale airing on 16 April 2010.

Tonkin has also appeared on fellow Australian television shows Packed to the Rafters and Home and Away. In September 2010, Tonkin made her film debut starring in the Australian action ensemble film Tomorrow, When the War Began. In the film, which revolves around a group of teenagers waging a guerrilla war against an invading foreign power in their fictional hometown of Wirrawee, she played the role of the rich and uptight Fiona Maxwell. In December 2010, a sequel was announced with Tonkin expected to return, though production of a sequel never came to fruition.

In January 2011, Tonkin moved to Los Angeles to pursue an international acting career. She was cast in March 2011 as Faye Chamberlain on The CW supernatural drama series The Secret Circle which premiered on 15 September 2011 to over 3.5 million viewers. The series follows a group of young witches who are a part of a secret coven. For her performance, Tonkin has received critical acclaim, with critics referring to her as the break-out star of the series; she was featured on Variety list of new faces to watch and named one of 2011 break-out TV stars by E! Online. The Secret Circle, however, had only one full season as it was cancelled on 11 May 2012.

In August 2010, Tonkin was cast in the 3D horror film Bait 3D. Filming took place on Australia Gold Coast and follows a group of strangers who are trapped in a supermarket after a freak tsunami with a pack of great white sharks. The film was expected to be released in Australia in September 2012. In August 2012, Tonkin joined the cast of The CW television series, The Vampire Diaries, in the recurring role of Hayley, a friend of Tyler. She joined her co-star from H2O: Just Add Water, Claire Holt, who portrays Rebekah Mikaelson on the show.

On 11 January 2013, The CW confirmed that a spin-off series to The Vampire Diaries was in the works, titled The Originals. The series revolves around the Original Vampire family members, and Tonkin would be heavily featured in the prospective pilot of the series. The CW confirmed on 13 February that Claire Holt would also join the cast of The Originals, marking the third time Tonkin and Holt have starred together on a show.

On 15 May 2017, SBS announced that Tonkin had been cast in their new four part drama Safe Harbour about a group of Australians who come across a boat of refugees whilst sailing on vacation. Tonkin revealed the name of her character to be Olivia on Instagram. In 2018, she appeared on an episode of The Affair as Delphine, the protege of an art gallery owner who had an affair with Cole father.

After expressing a desire to continue working in Australia in interviews, it was announced on 20 August 2018 that Tonkin was cast in Bloom, to be aired by streaming platform Stan, as a younger version of the character Gwen Reid, the elder version of which will be portrayed by Jacki Weaver.

Tonkin has appeared in a number of advertisements which include Vauxhall Motors and was previously signed to Chic Management. Her modelling career includes shoots for Girlfriend, Teen Vogue, Elle Australia, Complex, Miss Vogue, Vogue Australia, Dolly and Free People.

In 2012, Tonkin opened a website about health with friend Teresa Palmer called Your Zen Life. In June 2015, Tonkin announced she was stepping down from her involvement in the site due to work commitments.

Tonkin has appeared as the face of New York-based stylist Ilona Hamer swimwear line Matteau Swim from 2015 to 2017 completing 3 seasons with the brand. She also helped launch the lifestyle clothing line for Witchery in 2015.

In September 2017, Tonkin appeared in the ad campaign Journey To The Wild Side for Smythson to promote their latest product range.

In May 2018, Tonkin appeared in Jenni Kayne #findyouruniform fashion campaign alongside Lara Bingle and TyLynn Nguyen.

In addition to attending Chanel events and taking part in several photoshoots in the brand clothing, Tonkin is a Chanel brand ambassador. For the April 2018 issue of Vogue Australia, Tonkin underwent another photoshoot in partnership with Chanel makeup director Lucia Pica. She was revealed in September 2018 as one of nine women taking part in a digital campaign for Chanel Gabrielle line of products.

Tonkin has appeared in commercials of Vauxhall Motors.

In 2010, she played Fiona Maxwell in the Australian drama film Tomorrow, When the War Began.

From 2006 to 2010, Tonkin starred in teenager based television show H2O: Just Add Water as Cleo Sertori. She appeared in a total of 78 episodes.

Her fitness credit goes to the dancing. She started dancing from the age of 4. Other than dancing, she does boxing, and interval training with a trainer at Tracy Anderson for four or five days a week. She prefers to wear workout gear, which is totally black.

She is the female lead in the 2012 Miles Fisher song “Don’t Let Go”.
She is a good dancer as well. Phoebe started learning various dance forms such as classical ballet, contemporary dance, hip hop and tap dance at the age of 4.
In 2012, along with actress friend Teresa Palmer, she opened a health related website named Yourzenlife.com.
She is friends with Claire Holt.