Natasha Poly is a top Russian fashion model. Since 2004, Poly has appeared in prominent high-fashion advertisement campaigns, magazine covers and on runways. Poly established herself as one of the most in-demand models of the mid and late 2000, with Vogue Paris declaring her as one of the top 30 models of the 2000s.

NATASHA POLY IN A BIKINI IN MIAMI

NATASHA POLY IN BIKINI ON VACATION IN SOUTH BEACH BEACH

SARA SAMPAIO AND NATASHA POLY IN BIKINI IN CANNES

Education
Natasha started appearing in the local modeling contests, when she was in high school at the age of 15 (in 2000). 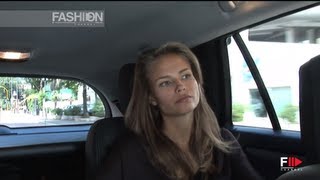 Early life and career beginnings
Poly was born on July 12, 1985 in Perm, Russian SFSR, Soviet Union and began modeling locally in 2000. She was discovered in Perm by Mauro Palmentieri and invited to Moscow to participate in the Russian model search competition New Model Today, where she took the second prize. She made her runway debut with Why Not Model Agency after walking for Emanuel Ungaro in 2004. The year would prove to be her breakout year; she walked in 54 fashion shows in Milan, Paris and New York City, and modelled for the cover of Vogue Paris twice consecutively. 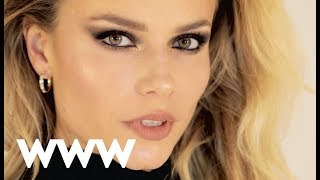 Three fashion magazines has dedicated their entire issue to her, a very very rare feat for models. These are: Vogue Russia(July 2008), MUSE Magazine (Natasha Obsessed Issue – Fall 2009) and Vogue Espana(November 2011).

Poly has walked for the annual Victoria Secret Fashion Show twice, in 2005 and 2006. In 2008 alone, she appeared in seven advertisement campaigns through the fall/winter 2008–09 season for Nina Ricci, Jil Sander, Blumarine, Balmain, H M, Tse and Givenchy and opened numerous runway shows in the spring/summer 2009 season. Poly has endorsed and appeared in advertisements for fragrances including Givenchy Ange ou Demon, Gucci by Gucci Fragrance, and Jimmy Choo Flash.

Poly was one of the faces to headline one of the fourteen covers of V magazine September 2008 issue. Each cover featured a head shot of a famous model, either from the new crop of leading models (Agyness Deyn, Lara Stone, Anja Rubik, Daria Werbowy, Masha Novoselova etc.) or the supermodel era (Christy Turlington, Naomi Campbell, Eva Herzigova), it was lensed by duo Inez van Lamsweerde and Vinoodh Matadin. In July 2008, Russian Vogue dedicated the issue to Poly and in August 2008, March 2009 she appeared on the cover of the same magazine. Also she was touted by American Vogue in 2009 as one of the faces of the moment. She has also appeared on the covers of Spanish, Greek, Portuguese, Brazilian, Korean, Japanese, Chinese, American, German, Australian, Italian and French Vogue.[citation needed] Poly has appeared in editorials for Russian, French, Italian, Chinese, Japanese, Korean, Spanish, Greek, Portuguese, and American Vogue as well as covers for Numero, I-D Magazine, V, W, Interview, MUSE and Harper Bazaar (Russia, China, Spain, Korea, Greece).

Poly was part of the Versace Spring/Summer 2016 Campaign, alongside Gigi Hadid and Raquel Zimmermann, shot by Steven Klein. She also appeared in a commercial for Mercedes-Benz, captured by Jeff Mark, entitled ‘Obsession with an Icon’, Natasha fronted in a blue latex clad to the Mercedes-Benz SL car. She also became the face for Kurt Geiger Fall/Winter 2016 Campaign. In 2017, Poly became one of the front faces and muse in Olivier Rousteing Balmain for the Spring/Summer and Fall/Winter 2017 Campaign. Poly also returned for Dsquared2 in their campaign for F/W 17 co starring other models such as Joan Smalls and Sasha Pivovarova. She became David Koma muse for Thierry Mugler Fall/Winter 2017 Campaign.

She is considered one of the New Supers by Models magazine and has been featured on 56 different Vogue covers as of November 2017.

First Album Appearance
She has not appeared in the music videos for any of the singers/ bands.

First Film
Poly has not done any films.

First TV Show
Her debut TV show was a fashion show Ready to wear – Spring / Summer 2004 in which she walked for Emanuel Ungaro, Y, Yuki Torii. 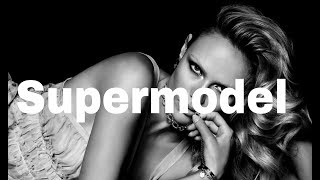 Personal Trainer
Natasha Poly is a fitness freak and exercises for 75 minutes. Her schedule is such as it is broken down into various exercises, focusing on different body parts such as legs, arms, core. The model also does some stretching exercises to make her body more flexible. Read her diet plan.

Natasha Facts
She began modeling in the 2000 millennium.
At that time, she was placed second in a modeling contest (Model Search Competition) held at Moscow.
She had shortened her name to “Natasha Poly” as it was difficult to pronounce her name “Natalya Polevshchikova”.
She appeared in the 2010 French Vogue Calendar.
She can also be seen in the 2011 and 2012 version of Pirelli calendar.
She walked the runway for the first time in 2004, walking for Emanuel Ungaro.
In 2012, she signed a contract with L’Oreal Paris and is their beauty ambassador.
In 2005 and 2006, the supermodel appeared in Victoria Secret fashion show.
In 2006 VS fashion show, she stumbled and dropped her shoe at the runway.