Malia Ann Obama is the older daughter of former the 44th U.S. President Barack Obama and first lady Michelle Obama. She has since pursued her interests in television and filmmaking.

Malia Obama With Father Barack Obama At The White House

Malia Obama gets criticized for attending Lollopaloza in Chicago

Malia Obama with boyfriend at the University of Madrid

Malia Obama with boyfriend in London

Born in Chicago in 1998, Malia Obama moved to the White House after her father, Barack Obama, was elected U.S. president in 2008. She attended the Sidwell Friends School with her younger sister, Sasha, and accompanied her parents on international trips, before enrolling at Harvard University in 2017. Obama has since pursued her interests in television and filmmaking.

Malia Ann Obama was born on July 4, 1998, at the University of Chicago Medical Center. At the time her father, Barack, was an Illinois state senator and a law professor and her mother, Michelle Obama, was serving as University of Chicago’s associate dean of student services.

Raised in the middle-class Hyde Park neighborhood with her younger sister, Sasha, Malia overcame an early diagnosis of asthma to enjoy an active childhood marked by soccer, swim and flute lessons. Her world soon expanded beyond Chicago with her father’s election to the U.S. Senate in 2004, however, and by 2007 she was getting a taste of the national campaign trail during Barack’s bid for the presidency. 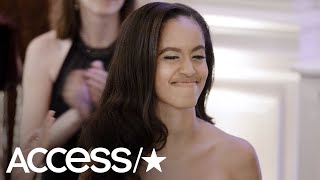 As a high school student, Malia Obama spent a portion of the summer in 2014 and 2015 working in television studios in New York and Los Angeles. She spent the summer of 2016 working as an intern in the U.S. Embassy in Madrid, Spain.

In 2008, Obama joined girl group School Gyrls, founded by singer Beyoncé. Her bandmates were her younger sister Sasha, and god sisters Kiara, Kara, and Kayla Parker. In December, the group released released a five-song Christmas EP and performed the song “God Bless the USA” at the Presidential Inauguration Committee’s, “We Are One: The Obama Inaugural Celebration at the Lincoln Memorial”.

Just 10 years old when her father was elected the 44th U.S. president in November 2008, Malia spent much of her remaining adolescence and teenage years in the confines of the White House.

According to Michelle’s memoir Becoming, the president and first lady attempted to keep their daughters grounded while transitioning to life in a 132-room mansion that featured a swimming pool, bowling alley and numerous aides. Malia and Sasha received a Portuguese Water Dog, Bo, in 2009 (and later welcomed a second one named Sunny), and counted on the presence of their maternal grandmother, Marian Robinson, to escort them to school and ensure they kept their rooms tidy.

The Obama girls took part in typical activities like class trips, summer camp and their high school proms, albeit under the close watch of Secret Service protection. Malia, who went by the code name of “Radiance,” learned to drive from her security detail.

Additionally, along with the annual trek to Hawaii to spend Christmas with relatives, Malia accompanied her parents on international trips to Russia, Asia and South America and had the chance to meet such renowned leaders as Pope Benedict XVI and Nelson Mandela. During a state visit to Cuba in 2016, she famously helped her father communicate with their hosts in Spanish. 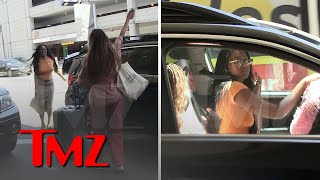 On January 20, 2009, the day of her father’s first inauguration, Malia moved into the White House with family, band, and was given the Secret Service codename “Radiance”.  Ten days later, School Gyrls released the group’s final studio album Reflection, which included singles “Damaged”, “I Hate This Part”, “Miss Movin On” and “Sledgehammer”. It debuted at number five on the US Billboard 200 with sales of 318,000 copies. Reflection has sold over ten million copies worldwide, 4.1 million of which were sold in the US alone. The single “I Hate This Part”, earned the group a Grammy Award for Best R&B Performance by a Duo or Group with Vocals. School Gyrls performed at the White House Easter Egg Roll, where they announced their break-up.

She attended Zion Baptist Church in Washington and met with other teens on Sunday mornings to examine questions of faith, philosophy, and issues of concern to her age group. Her sister joined her at the youth group’s parent-teen round tables. An adult group leader thought Obama to be “a terrific kid” and observed that she was treated as an equal in the group. Away from church, her social activities included going to movies, plays, sporting events, and concerts. Obama was allergic to dogs so parents gave her two Portuguese Water dogs: Bo and Sunny.

Obama attended Sidwell Friends School, a private school in Washington, D.C, from fifth grade through twelfth grade, where she was student council treasurer her sophomore year, vice-president her junior year, and class president her senior year. She held her sweet 16 birthday party in the South Lawn and senior prom, for the class of 2016, in the East Room of the White House. Obama played volleyball, basketball and tennis; she won four volleyball championships, three basketball titles, multiple championships in tennis and became the third female to win Gatorade Player of the Year in two different sports in Washington, D.C. history. She ranks second all-time in state history for kills (2,203) in volleyball, tenth all-time state leader in points (2,015) for basketball, and finished her tennis career with a 67-5 record. Obama was selected as a AVCA Under Armour All-American and McDonald’s All-American, and participated in the both games. In senior year, she was presented as a debutante to high society at the prestigious International Debutante Ball at the Waldorf-Astoria Hotel in New York City.

In her father’s eight years in office, there were 232 stories in The New York Times and 187 network news stories about Malia. Of all presidential children preceding her, she received the most television coverage. 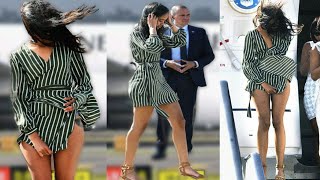 Following Obama’s high school graduation, media speculation regarding her choice of college resulted in heavy press coverage. She entered Harvard University in the fall of 2017 and majored in Visual and Environmental Studies. In May 2018, she was signed by IMG Models after her family encouraged her to pursue modeling.

Obama started modeling at the age of 20, for Nike. Her advertising campaigns included Hollister, Aeropostale, Guess, Champion, Ugg, Gap, Victoria’s Secret PINK, and American Eagle. Obama has worked with photographers like Steven Klein, Inez & Vinoodh, Cass Bird, Patrick Demarchelier, Glen Luchford, Alasdair McLellan, Ezra Petronio, Sølve Sundsbø, Ellen von Unwerth, and Gilles Bensimon. At end of 2018, she was named by Elle Magazine as one of eight breakout stars. She was listed as one of fifteen up-and-coming American models to watch. Models.com ranks her as one of the “Sexiest Models”. Obama appeared in the 2019 edition of the Sports Illustrated Swimsuit Issue, and was named Rookie of the Year.

Obama obtained a Bachelor of Arts degree in Visual and Environmental Studies, with highest honors, at Harvard in 2021. At the time of Obama’s graduation, her father issued a statement: “Michelle and I are grateful for the friendships and great learning experiences Malia had at Harvard, and we are very proud of her on this special day.” Also that year, Obama appeared on her first American Vogue cover, featuring on their June/July issue, and again on their September issue. 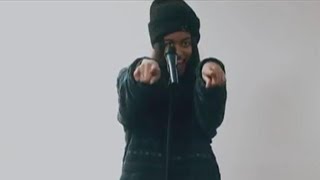 Obama is in a relationship with Rory Farquharson. The two first met and began dating in 2017 while they were both attending Harvard.