Lindsey Pelas actress, social media influencer, entrepreneur, and model. She currently models for multiple brands, and has also been featured in publications including Maxim. GQ, Glamour, and has also modeled for Playboy and was the Playboy Cyber Girl of the Month for May 2014. Pelas hosts and founder of the Eyes Up Here podcast which is streamed weekly on Focus TV. Notable guests on the show include Kate Quigley and Chris Pfaff.

Family
Siblings – She has 5 sisters and 3 brothers.

Education
Lindsey was an excellent student and graduated from the Louisiana State University with a degree in history and later decided to move to Los Angeles to pursue her full-time career in modeling.

Career
Pelas began her modeling career in 2013, when she did multiple shoots with Playboy. After moving on from Playboy she moved into social media, growing a large platform on social media outlets such as Instagram, Snapchat, and Twitter. Her following on these media outlets combined is over 13.5 million followers.

In April of 2018, Lindsey launched her podcast Eyes Up Here with Lindsey Pelas. On her show, Pelas features celebrity guests and personal friends of her own to discusses a range of topics like personal projects, promoting body positivity, current news headlines, pop culture, lifestyle, beauty tips, and more. The title of the podcast aims to shift the focus of listeners from a superficial perspective to a more in depth discussion on relevant issues of today. Lindsey claims Eyes Up Here with Lindsey Pelas is a way for her to end social stereotyping one topic at a time.

Other projects of Pelas’ include two published calendars titled “Dirty South” and “Nearly Naked”. The former pays homage to Lindsey home state, Louisiana, shooting exclusively in the New Orleans area. With her second calendar, Pelas decided to emphasize her stance on body positivity, showing off what she calls her “Genetically Gifted” physique. Lindsey also released a limited edition Genetically Gifted T-shirt collection for presale in June of 2018. 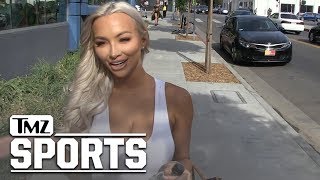 Biography
Born in Ruston, Louisiana, Lindsey grew up on a remote farm village with dreams of moving to Los Angeles and being a TV star. After graduating from high school, and obtaining a Bachelors Degree from LSU in History, Pelas moved to Los Angeles in 2015 and began modeling. She created viral videos, photos and content that quickly caught the eyes of local photographers.

Since becoming a social media influencer, Lindsey has appeared in a number of magazines, movies, tv shows, music videos, and commercials.

In 2017 and 2018 she created, directed, styled, produced and sold her own annual swimsuit calendars Dirty South and Nearly Naked. The success of her internationally-sold calendars has gotten the attention of many who seek tips and guidance on using the internet for success. Lindsey has spoken on digital marketing at many panels and conferences including the Global Ventures Summit in LA and Mexico City, MX as well as Complex Con and the Forum. 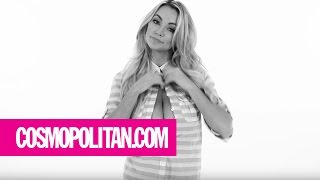 First Film
Lindsey made her theatrical film debut in the criminal action movie Extraction in 2015.

First TV Show
Lindsey made her television show debut on the adult television series Playboy Plus as herself in 2014.

Personal Trainer
Lindsey workout spans out 5 days a week with 2 days dedicated to weight training, 2 days of group workouts, and 1 day of simple activities like walking or hiking. She infuses a mixture of cardio which helps to build her stamina, endurance, and speed.
Her weight training consists of lower body exercises consisting of squats, leg-ups, deadlifts, and crunches.
While she was studying, she took aerial classes for 2 years and even practiced aerial yoga. She does a mixture of Pilates and yoga to tone her body. She also goes to boot camp on a weekly basis apart from workouts at the gym with her trainer.
Lindsey ensures that she keeps herself hydrated and enjoys a cheat meal from time to time. However, her staple diet consists of the grilled chicken breast, vegetables, salads, and walnuts. 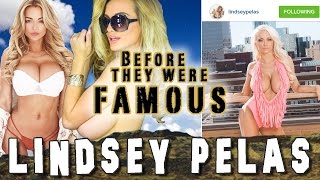 Lindsey Pelas Facts
She has a dog named Tosh.
She wanted to be a school teacher or a pop singer when she was a kid.
Lindsey supports The Midnight Mission in Los Angeles.
She has a celebrity crush on Mark Wahlberg.
Visit her official website @ lindseypelas.co. 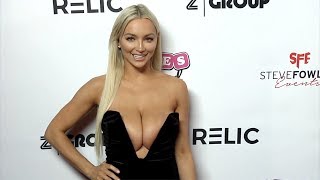