Katherine McNamara – Photoshoot by a pool in Los Angeles 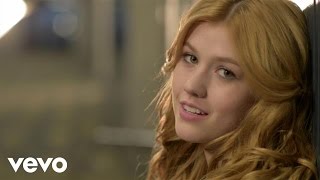 Education
From high school, Katherine graduated with honors at the age of 14.
By next three years, by the age of 17, Katherine earned her bachelor degree in business via an online program from Drexel University‘s LeBow School of Business.

Brand Endorsements
She is an ambassador for Stomp Out Bullying.
Katherine has appeared in TV commercials on Mediacom Online, Belfonte Yogurt, etc.

As Singer
As a singer, she released a track titled “Chatter” from the 2013 comedy drama movie Contest.

First Film
Katherine first appeared in the 2007 film The Bride and the Groom for her role as a wedding guest. It was a short film.

First TV Show
In 2010, McNamara played the role as Jodanna in the horror-fantasy series R.L. Stine The Haunting Hour in an episode entitled “Worry Dolls.”

Personal Trainer
To prepare for her role as Sonya for the 2015 movie Maze Runner: The Scorch Trials, she hit the gym almost daily. Most of the times, she was doing workout with the entire cast of the movie, which made her exercise session a lot easier. She did pull-ups, crunches, squats, to name a few. It was difficult for her, but she did it with the support from others.

You may also want to check out these YouTube videos, where she is working on her fitness to prepare for the role as Clary Fray for Shadowhunters.

Early life and education
McNamara was born in Kansas City, Missouri, the only child of Ursula and Evan McNamara, who served in the U.S. military. She was raised in Lee Summit, Missouri, and moved to Los Angeles, California in 2011. 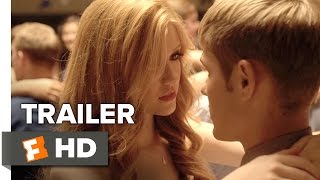 Career
McNamara began her acting career on Broadway, appearing in A Little Night Music with Catherine Zeta-Jones and Angela Lansbury. She began guest starring on television series including Drop Dead Diva and 30 Rock. McNamara has appeared in theatrical movies such as New Year Eve, and appeared in the Disney Channel original movie Girl vs. Monster playing the role of Myra Santelli. She co-starred in the film remake of Tom Sawyer and Huckleberry Finn, playing the role of Tom girlfriend Becky Thatcher. McNamara also appeared in the independent films Contest and A Sort of Homecoming.

She appeared on three episodes of the Disney XD series Kickin’ It, in which she had a recurring role as Claire, Kim rival, and in two episodes of the Disney Channel series Jessie, playing Bryn Brietbart, a rival to Emma Ross. She also appeared in an episode of the Nickelodeon series The Thundermans. McNamara was cast in the MTV series Happyland as Harper Munroe, a resident of the park who pursues a boy despite the fact that she already has a boyfriend. It was announced that McNamara would playing the recurring role of Kat on the third season of The Fosters in 2015.

It was announced on May 6, 2015 that McNamara would be playing the lead character Clary Fray in Shadowhunters, the Freeform television adaptation of Cassandra Clare best-selling book series The Mortal Instruments. Her first musical release, an original single titled Ember, was included in the show second-season finale. McNamara appeared in The Maze Runner film sequel, Maze Runner: The Scorch Trials, as Sonya, a co-leader of Group B. She reprised the role in the 2018 sequel, Maze Runner: The Death Cure. 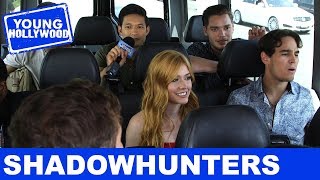 Katherine McNamara Facts
McNamara is a member of Actors Equity Young Performers Committee.
On the occasion of Father Day (in June 2014), she sent an autographed picture of herself to her fans, who answered correctly to a question asked on Twitter.
When McNamara was 13, she started her acting career via the Broadway production of A Little Night Music.
As a dancer, she takes interest in variety of dance forms such as ballet, jazz, tap, lyrical, hula, hip hop, and waltz. She is a trained ballet dancer.
On a rainy day, she likes to have a cup of coffee while reading a good book.
She also loves classical music.
If she were given a chance to be any animal / bird, she would like to be a bluebird.
She loves poetry.
Needles was her childhood fear.
Being in the kitchen with her grandparents is her favorite childhood memory.
If she is allowed to take 3 things while going to an island, she would take boat, sack of potatoes and a sunscreen with her.
She likes salty foods more than sweet ones.
If Katherine were a cartoon character, she would like to be Velma from Scooby Doo.
As of July 2015, she already has shortlisted some names for naming her son or daughter.
She learnt how to make “Death By Chocolate Cake” from her grandmother. It is also her favorite thing to bake.
She used to play softball while growing up.
She believe in aliens.
She has a celebrity crush on Ryan Gosling.
On July 22, 2015, she had her first Portuguese tweet.