Diane Guerrero is known for her roles as inmate Maritza Ramos on the Netflix series Orange Is the New Black and Lina on Jane the Virgin.

Diane Guerrero and Jackie Cruz in orange is the new black

DIANE GUERRERO FROM ORANGE IS THE NEW BLACK

DIANE GUERRERO FROM ORANGE IS THE NEW BLACK

in Out in NYC

Diane Guerrero in Swimsuit at the beach in Miami

in Tight Jeans Out in West Hollywood

Diane Guerrero in Tight Jeans Out in West Hollywood

Diane Guerrero Shares the Only Beauty Advice You'll Ever Need

Ethnicity
She is of Columbian origin due to her parents.

Education
Diane went to the Boston Arts Academy, which was the only performing arts high school in Boston.
She then got admission at the Regis College to study political science and communications.

Brand Endorsements
Diane has had a lucrative brand endorsement deal with the clothing giant, Old Navy and has appeared in numerous commercials with a focus especially on Spanish speaking customer segment. 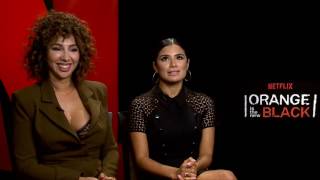 Early life
Guerrero was born in New Jersey to Colombian parents and raised in Boston, Massachusetts. As the only member of her immediate family with United States citizenship, she remained in the U.S. when her parents and older brother were deported back to Colombia when she was 14 after unsuccessfully pursuing legal citizenship. Guerrero has since become a strong advocate for immigration reform.

Guerrero was raised in the Jamaica Plain and Roxbury neighborhoods of Boston after being taken in by other Colombian families. She attended Boston Arts Academy, a performing arts high school, where she was in the music department. Among her high school activities was singing with a jazz group, but she anticipated pursuing political science and communications in college. Her first job after college was in a law office.

In 2010, at age 24, Guerrero decided to pursue a career in acting. That same year, she appeared in the music video for Boston-based RandB singer Louie Bello song Faces. In 2011, she moved to New York City and studied acting at the Susan Batson Studios, where she met her manager Josh Taylor.

Guerrero grew up in Boston and remained there after the rest of her family was deported to Colombia. She is an advocate for immigration reform. Her role on Orange Is the New Black has contributed to three consecutive wins for the Screen Actors Guild Award for Outstanding Performance by an Ensemble in a Comedy Series. Guerrero is the author of In the Country We Love: My Family Divided, a memoir about her parents being detained and deported when she was fourteen. 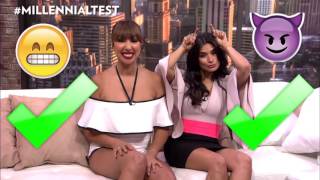 In 2016, Guerrero released In the Country We Love: My Family Divided, a memoir about her parents being detained and deported when she was 14. The book was written with Michelle Burford and published by Henry Holt and Co.

A drama based on her memoir was picked up by CBS, to be developed into a drama executive produced by Jennie Snyder Urman, Ben Silverman, and Paul Sciarrotta, with Snyder attached as the showrunner. Guerrero was initially set to play the lead. In 2017, CBS decided to pass on the project, but was picked up by Fox. As of January, 2018, no pilot for the series has been ordered.

First Film
She played the title role of Ashley in a short film Ashley/Amber in 2011. 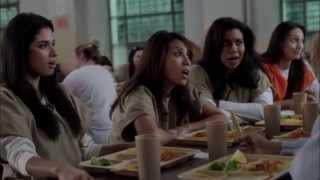 Diane Guerrero Facts
When she got her breakthrough role in the comedy series Orange is the New Black, she was about to give up due to lack of any progress in her career.
For her audition for Orange is the New Black, she wore a simple t-shirt and sweatpants and had her hair pulled up as the casting call had asked for out of the bed look.
After completing her college education, she got a job at a law firm.
She has worked as a volunteer with the charity group, Immigrant Legal Resource Center, which aims to support immigrant groups and protect their rights.
While studying at the high school, she was a vocalist of a jazz group.
Once, at the age of 14, when she returned home, the immigration authorities had detained her parents. She then stayed with her parents’ friends, and could only meet her parents by visiting Columbia during vacations.
In 2016, she published a memoir In the Country We Love, in which she shared her experience as an immigrant and struggles she had to endure. She later played a lead role in the TV series adaptation of the book on CBS.
In the run up to the 2016 Presidential Election, she was very vocal in her opposition for eventual winner Donald Trump due to his anti-immigrant stance. 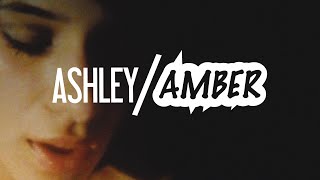