Claire Holt is Best Known For Playing Emma Gilbert in the Network Ten television show for children and teenagers titled H2O: Just Add Water from 2006 to 2008, and Rebekah Mikaelson on The CW series The Vampire Diaries and it spin-off The Originals, Samara Cook in Pretty Little Liars, Emma in H2O: Just Add Water, and Kate in the survival horror film 47 Meters Down.

Claire Holt with Nick Hounslow at lunch in West Hollywood

CLAIRE HOLT OUT FOR LUNCH IN WEST HOLLYWOOD

Claire Holt on the set of Extra in Universal City

Claire Holt on the set of ‘Aquarius’ in Malibu

Claire Holt on the beach in Miami

on the beach in Miami

Who What Wear Photoshoot (December 2015)

Education
In 2005, Claire graduated from Stuartholme School in Toowong.
She is planning to obtain a university degree in the near future.

Brand Endorsements
She has appeared in Dreamworld (theme park in Australia), Sizzler (US based restaurant chain), and Queensland Lifesaving advertising campaigns. 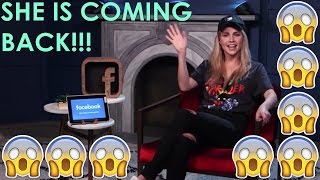 First TV Show
Claire appeared in Network Ten H2O: Just Add Water for her role as Emma Gilbert from 2006 to 2008. During these three years, she appeared in a total of 52 episodes.

Personal Trainer
She has always been active in extracurricular and sports. Holt is active in water polo, swimming, volleyball, and taekwondo.

For that, she actively started her training three months before the event. She did swimming, and running once in a week, while cycling twice in a week. She put more efforts on cycling so as to work on her thighs and calves muscles.

During this training, she increased her carbs intake to keep the energy levels at the top, started having more veggies, and proteins.

She used to drink coconut water so as to rehydrate herself after the workout sessions.

But, very famous celebrity trainer Tracy Anderson recommends to have coconut water before the start of the workout to have maximum results. 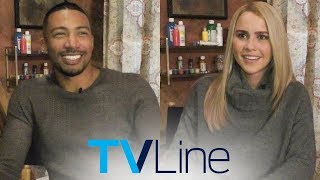 Career
In 2006, Holt won the role of Emma Gilbert in the Network Ten children television series H2O: Just Add Water. The show has earned a Logie Award and Nickelodeon Australia Kids’ Choice Award. While the series was renewed for a third series, Holt left the show after series two after signing on for the sequel to the 2007 film The Messengers, titled Messengers 2: The Scarecrow. Filming took place in Sofia throughout 2008. Starring alongside Norman Reedus and Heather Stephens, the film was released 21 July 2009 straight-to-DVD.

In addition to television and film roles, Holt has appeared in advertisements for Dreamworld, Sizzler, and Queensland Lifesaving. BuddyTV ranked her number 55 on its TV 100 Sexiest Women of 2011 list.

In August 2011, Holt was confirmed to be in the TV series The Vampire Diaries as Rebekah. On 13 January 2013, The CW announced that Holt had joined the cast for the backdoor pilot of The Vampire Diaries spin-off The Originals, where she reprised her role as Rebekah Mikaelson. She exited the show as a series regular in the sixteenth episode of the first season, which aired in the U.S. on 11 March 2014.[5] Holt returned to her role in the season one finale on 13 May 2014, and continues to periodically guest star on the series.

In 2014, Holt was linked to CBS’ Supergirl, though she chose not to pursue it. She starred in NBC event series Aquarius as Charmain Tully. In 2016, she was cast in the romantic comedy film The Divorce Party, playing the role of Susan. 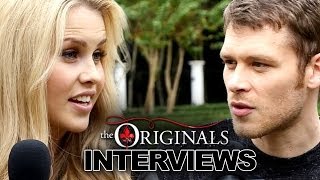 In 2017, Holt had a starring role, Kayla, in the ABC thriller drama television pilot Doomsday. Also that year, Holt starred as Kate in the underwater survival thriller film 47 Meters Down, opposite Mandy Moore and Matthew Modine, which was released in theaters on 16 June 2017.

Personal life
In July 2015, Holt became engaged to longtime boyfriend, TV producer Matthew Kaplan. The two were married in April 2016. On 27 April 2017, Kaplan filed for divorce from Holt, citing irreconcilable differences. Holt subsequently filed in response on 2 May 2017, also asking for her name to be changed from Kaplan back to Holt. On 3 December 2017, Holt announced her engagement to real estate executive Andrew Joblon.[13] On 4 March 2018, Holt revealed on Instagram that she had suffered a miscarriage. 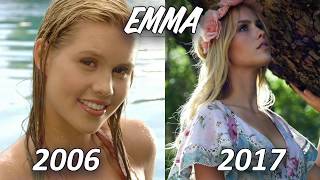 Claire Holt Favorite Things
TV Show – The Vampire Diaries (2009-)
Movie – This Is England (2006)
Chocolate is her favorite and she also eats it regularly.

Claire Holt Facts
She is black belt holder in taekwondo.
She is best friends with fellow actress Phoebe Tonkin and good friends with Paul Wesley, The Vampire Diaries co-star.
During her school time, she was also involved in her school choir.
She is very active in swimming, taekwondo, volleyball, and water polo.
Holt initially wanted to be a doctor, but she got attracted towards acting, after she appeared in couple of commercials. She did commercials only to gain extra money.
She also known guitar and piano.
She also played Rebekah Mikaelson in the TV series The Vampire Diaries spin-off The Originals.
She and Olivia Holt are not related to each other.