Christa B. Allen is known for playing the younger version of Jennifer Garner characters in 13 Going on 30 (2004) and Ghosts of Girlfriends Past (2009), as well as for her role as socialite Charlotte Grayson on the ABC drama series Revenge.

Watch Online - Christa B. Allen – Day Out Of Days 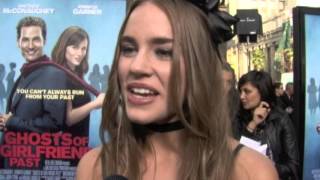 Education
She was home schooled.

Early life
She once spent a summer in a circus. 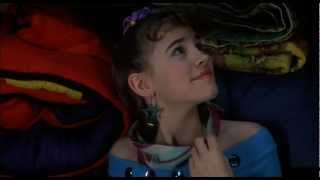 Career
Allen made a brief appearance on The Man Show, and acted in several students films and commercials. She acted in her first Hollywood film in 2004 13 Going on 30, playing the younger Jenna Rink, Jennifer Garner character. She also played the teenage Jenny, another Jennifer Garner character, in Ghosts of Girlfriends Past. Her other film credits include A Merry Little Christmas, Youth in Revolt, One Wish, One Kine Day and Detention of the Dead. Allen has guest starred in many television series, including Medium, Cory in the House, The Suite Life on Deck, Grey Anatomy, ER, CSI: Crime Scene Investigation, Wizards of Waverly Place and Cold Case.

Allen starred as the title character in the CBS Saturday morning comedy series Cake in 2006. From 2011–14, she co-starred as Charlotte Grayson in the ABC drama series Revenge. In 2015, she had a recurring role as Robyn on the ABC Family sitcom Baby Daddy.

Brand Endorsements
She has been featured in several commercials including Sony Vaio.

First TV Show
In 2006, Christa appeared in drama series Medium for her role as Maura Walker in an episode titled “Blood Relation”.

Christa B Allen Facts
She is good friends with actress Katelyn Pippy.
Christa knows how to play guitar.
Allen started learning acting at the age of 9.
She was sure enough in her early life that she wanted to be an actress.
During her off time, she likes to listen to music, hang out with her friends, and play guitar.
She really likes flower arranging.
She has a girl crush on Rooney Mara.
Christa likes summers more than winters.
She likes dogs over cats.
Her childhood crush was on Leonardo DiCaprio after she watched Titanic.
She has played Jennifer Garner‘s teenage version in two films, viz., 13 Going on 30 (2004) and Ghosts of Girlfriends Past (2009).