Brandi Cyrus is Best Known For Being the sister of pop singer, Miley Cyrus and having appeared in shows like Brandiville from 2013 to 2014, The Queue, and Hannah Montana. 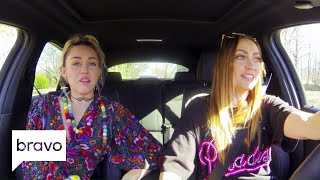 Brandi Glenn Cyrus is the co-host of the Bravo show Cyrus vs. Cyrus: Design and Conquer, with her mother Tish, and the co-host of Your Favorite Thing podcast with Wells Adams

Personal life
Her father Billy Ray Cyrus, adopted her after he married Tish.

As a Singer
Brandi has sung songs by being the part of the band Frank and Derol. Codi Caraco and Megan Park (now left) have also served as the members of the band.

“Barely love you too” was the first single from the band, which was released in July 2012. 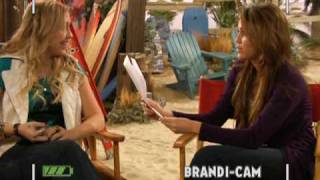 First Film
Brandi Cyrus first theatrical appearance was in 2008 in musical documentary Hannah Montana and Miley Cyrus: Best of Both Worlds Concert. She had a special role in the film, starring her sister.

Personal Trainer
Brandi prefers to tone her legs with leg toning exercises by doing boxing. For this, she gets training from Larry Donald of Title Boxing Club. For a full body workout which involves mitt workout and shadow boxing, Brandi works out once or twice a week.

She enjoys doing other exercises and yoga to keep her in good health and her body well-toned.

She also enjoys running beachside whenever she gets a chance. 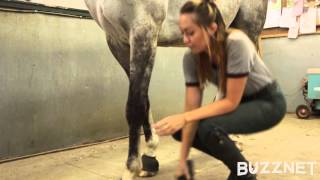 Brandi Glenn Cyrus Facts
She is extremely family oriented and loves to be around her family.

She is a tattoo enthusiast and has minimum 7 tattoos on her body which have different meanings and significances. Out of these, her entire family has a heart tattoo inked.

She has acted alongside her half-sister and made various appearances on Miley famous television series Hannah Montana. No one noticed her at that time, and hence, she jokingly calls herself the “forgotten” Cyrus child.

Coincidentally, her half-sister Miley and she share the same shoe size. Brandi once made an appearance with a limited edition Christian Louboutin stiletto which she had borrowed from Miley.

She runs and writes her own blog called Style Native, where she posts fashion and lifestyle content.
She loves spending her leisure time with her horse named Ever in the barn.

She is a competitive equestrian and has competed as well as provided training to horses for over 2 decades for hunters and jumpers.
She is also a DJ for showcase and various other events and festivals. 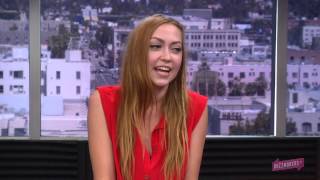