Blac Chyna real name Angela Renee White is an American model and entrepreneur. In 2014, she launched her own make-up brand Lashed by Blac Chyna and a beauty salon in Encino, Los Angeles.

BLAC CHYNA CELEBRATING HER BIRTHDAY AT ACE OF DIAMONDS IN WEST 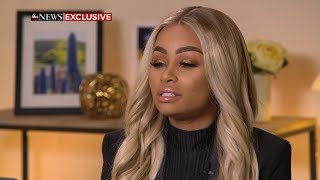 Education
Blac attended Henry E. Lackey High School in Maryland. Chyna then went to Johnson and Wales University in Miami.
Blac graduated from JLS Professional Make Up Artist School in May 2013 after enrolling there in February 2013.

Career
Chyna began stripping in Maryland to pay for college tuition. While attending Johnson and Wales University in Miami, she resumed stripping but was too exhausted to attend classes. She dropped out after repeatedly falling asleep in class, focusing instead on stripping and modeling. She borrowed the name Blac Chyna from a customer. While stripping at a popular Miami club, her exotic look made her popular; radio host Angela Yee described her as looking like someone who was going to be famous. In 2010, Drake name-dropped her in Miss Me. Her rising popularity led to modeling jobs on the covers of Dimepiece, Straight Stuntin, and Black Men Magazine. Later in 2010, she was cast as Nicki Minaj stunt double in Monster.

In February 2013, Chyna enrolled in JLS Professional Make Up Artist School. In December 2013, she launched her online boutique entitled 88fin, filled with new clothing and products from her clothing line of the same name. That same month, Chyna launched her own brand of adhesive eyelashes called LASHED by Blac Chyna. In February 2014, Chyna purchased a beauty bar in Encino, Los Angeles, offering makeup courses. 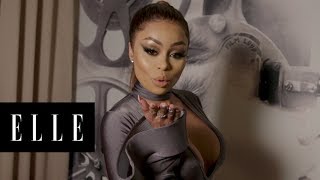 Personal life
Chyna said rapper Tyga asked her to join him on tour in 2011, but she refused. The following year, she appeared in his video Rack City and began a relationship with him. Their son, King Cairo Stevenson, was born on October 16, 2012. The two split in 2014 when he reportedly began a relationship with Kylie Jenner. Chyna and Jenner feuded with each other over social media, but Chyna mended her relationship with the Kardashians after she began dating Jenner half-brother, Rob Kardashian, in 2016. Their daughter, Dream Renee Kardashian, was born on November 10, 2016. In December 2016, Kardashian announced on his Instagram post that he and Chyna split. They reconciled a few days after but separated again in February 2017. In July 2017, Rob Kardashian posted sexually explicit photos of Blac Chyna onto social media. This action led Chyna to obtain a temporary restraining order against Kardashian.

Personal Trainer
Blac goes to the gym and also has an online personal trainer, Chris Jinna.
When Blac was dating Rob, she used to workout with him in the gym. She even requested her trainer Chris to make a workout plan for Rob. He was not allowed to eat red meat, but could eat lots of vegetables. 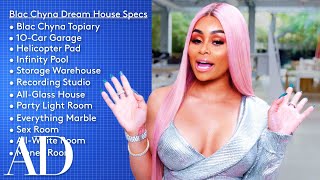 Blac Chyna Facts
Angela Renee was formerly called as “Cream,” but later renamed herself to “Blac Chyna.” It was because she met a black client at a strip club with Chinese looks and called himself “Black China.”
Blac owns a beauty salon “Lashed” in Encino, Los Angeles which she opened in September 2014.
In 2010, Blac started stripping and urban modeling.
She has appeared in rapper Tyga song “Rack City.”
She was formerly best friends with Kim Kardashian. The friendship got affected after Tyga started coming closer to Kim sister, Kylie Jenner.
Blac was arrested on January 29, 2016, at Austin-Bergstrom International Airport in Texas because of the possession of a controlled substance.
“88fin” is the online boutique launched by Blac in December 2013. During the same month, she also launched her own adhesive eyelashes called “LASHED by Blac Chyna.”
Under the alias “Dora Renee,” Blac started stripping.
Because she strikes a resemblance with Nicki Minaj, she played her stunt double in Kanye West‘s “Monster” video.
She has been mentioned in Drake‘s song “Miss Me.”
She had also pierced her cheeks in the past.
She was present at Kanye West and Kim Kardashian wedding. 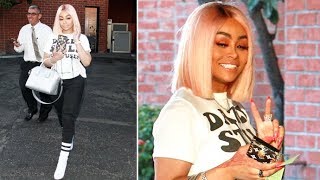