Sofia Jamora is an Instagram model, swimwear model, and social media star. She gained fame after being discovered by ‘Frankies Bikinis’. Posting images and videos of herself, clad in bikinis and swimwear, Sofia has garnered a fan following of millions. Her ever-increasing popularity received a further boost when she starred in pop singer Zayn Malik’s music videos ‘Let Me’ and ‘Entertainer’. The two-part video showing Zayn dancing and making out with her, went viral, especially due to the singer’s popularity. But major contributing factors were also her body, looks, and uncanny similarity with Zayn’s ex-girlfriend Gigi Hadid. While the video might have been the reason for her viral fame, she has always been popular on social media. That, in turn, has led to her being signed by ‘Next Models’ and ‘Freedom Models’ agencies. With campaigns related to ‘LolliValfre’, ‘bikini.com’, ‘Bikini Luxe’, and ‘Forever 21’ etc. already under her belt, the young model is on her way to become a supermodel in the near future.

The beautiful, fashion model, Jamora was born into a Christian family.

Sofia Jamora shared some photos with her mother on her social media handles. She considers her mom as her best friend.&nbsp;Once, she shared a post with her mom and said.

A chance encounter led to Sofia Jamora becoming a model, a career which eventually led to her stardom. She was shopping at a trunk show in Westlake, when she was scouted by co-founder Mimi of ‘Frankies Bikinis’. Charmed by her good looks and body, Mimi asked her if she had considered modeling as a career. Sofia expressed her interest and soon found herself modeling for ‘Frankies Bikinis’. Her images and videos started attracting attention towards her. This also opened up a lot of opportunities for the upcoming model as she seemed a natural when it came to flaunting swimwear.

Sofia’s successful run in the world of fashion continued with modeling opportunities for big brands like ‘Love Piper’. In 2014, she decided to launch her Instagram page and this was a turning point in her career. Her fashion and bikini related posts started gaining major traction. This translated to more endorsements from fashion and clothing brands like ‘Oh Polly’, ‘Windsor’, and ‘Tobi’. She eventually ended up with a contract from ‘Next Models’.

Needless to say, more success soon followed. Her outings in the ‘Valfré x Lolli’ campaign and ‘Welcome to Miami’ were immensely successful. A natural on-ramp, she has even walked the ramp for ‘bikini.com’ and ‘Bikini Luxe’. For someone like her just starting out in the fashion world, she has already made a name for herself. 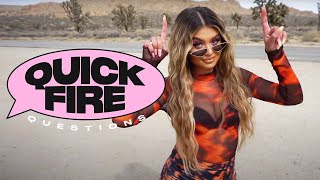 She reached her second major career milestone when following a campaign for ‘Forever 21’ she got signed by ‘Freedom Models’ based in Los Angeles, California. In 2017, she walked the ramp for the immensely successful ‘Miami Swim Week’ in shows like ‘Frankies Resort 2017 show’. While she had been making strides through her modeling and had gained more than 1.7 million followers on Instagram by 2017, she could have barely expected her viral fame in 2018.

It all started with her appearance in pop sensation Zayn Malik’s music video ‘Let Me’. The video released on YouTube on April 12, 2018, went viral and has since gained more than 99 million views. She appeared in the video as Zayn’s love interest, dancing & fighting in the nightclub and later making out.

She followed that up by appearing on Zayn’s next music video entitled ‘Entertainer’ which was released on May 23, 2018. Needless to say, with over 40 million views, the music video brought even more fame for the young model. Since then, she has gained over 2.2 million followers on Instagram to date.

Her swimwear, fashion, and lifestyle related posts combined with her images from different cities and countries have only added to her ever-increasing number of followers on social media. With more endorsements by top brands and modeling opportunities, Sofia Jamora is one of the top models to look out for in the next decade.

Talking about her professional life then, Sofia Jamora began modeling at a very young age. Firstly she was scouted by Mimi and her professional modeling journey starts. Due to her perfect skills and talent, she got an opportunity to work as a model for Frankies Bikinis.

Sofia Jamora has also launched her own fashion brand called ValfreXLolli in June 2015. After that, she worked on various campaigns such as Welcome to Miami, Valfre x Lolli, Forever 21, Bikini Luxe, bikini.com, and others.

Sofia makes a good income through her modeling profession. She also endorses various brands through her Instagram account. She began posting content on social media in 2014. 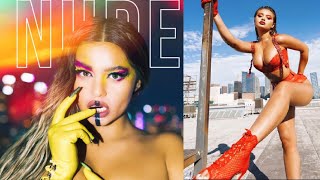 Sofia Jamora was born in Calabasas, Los Angeles, California, USA on May 6, 1997. She has not revealed details about her personal life on social media, including details about her childhood, parents, and siblings. However, she posted a picture with her mother on May 6, 2018, on Instagram, with the caption “SINGLE MOTHER appreciation post. Happy (belated) birthday….Thank you for playing both roles in my life..”. This might mean that she was raised by a single mother. She is currently in a relationship with longtime boyfriend, Instagram star Spencer Mow. Her favorite music stars are Drake, Kaytranada, and Flume; and her favorite beach is in Tulum, Mexico. 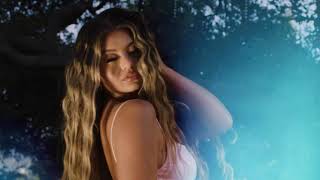 Not only this, but she has also collaborated with various other singers.

She celebrates her birthday on 6th May every year. Sofia is interested in modeling since childhood. She began participating in modeling events in her school days.

As per the sources, she completed her higher studies at a local private school in her hometown. After that, she began working on her modeling career. At present, she is a well-known American model and social media star.

She loves to travel to different places with friends.

According to the sources, she has also become part of the Welcome To Miami line campaign by Lolli Valfre.

She mostly works for bikini and Sports Illustrated brands. 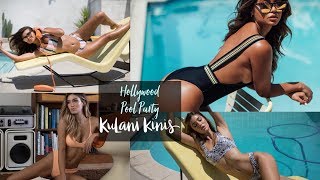 Jamora is an avid basketball lover.

Sofia Jamora also runs her own Youtube channel, which has over 23.9K subscribers.

She mostly uploads vlogging content videos on her self-titled channel.

Jamora likes to do horse riding in her free time.

Sofia is a dog lover and treats them like humans.

She also danced in a one-piece bathing suit at Miami Swim Week in 2017. 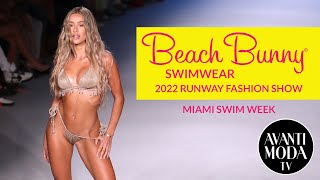