Maryna Linchuk is a Belarusian model and she is best known for gracing the cover of Italian and Portuguese Vogue.

IN VOGUE SPAIN MAGAZINE MAY

IN SOME POLAROIDS SELFIE PICS

Family
Siblings – She has a brother

Ethnicity
She has Russian ancestry.

Modeling career
As a high school student, Linchuk was scouted at age of 16. In 2006 Linchuk signed with an agency in New York. Along with Mat Gordon and Valeria Garcia, Linchuk was one of the faces of Escada Moon Sparkle fragrance under the alias Simone. She was also the Fall/Winter 2008-2010 face of the Miss Dior Cherie fragrance, directed by Sofia Coppola.

She has appeared in advertisements for Versace, Donna Karan, Dior, Gap, H M, Kenneth Cole, Escada, Dolce and Gabbana and Max Mara. She walked in the 2008, 2009, 2010, 2011 and 2013 Victoria Secret Fashion Shows, as well as for designers Givenchy, Gucci, Michael Kors, Prada, Christian Lacroix, Dior, Versace, Balmain, Louis Vuitton, Valentino and many other.

Maryna Linchuk has also been featured on the covers of other international Vogue such as Italian, Russian, German, Japanese, Spanish, starred in Vogue US, Vogue Paris declared her one of the top 30 models of the 2000s.

First Film
She appeared in the 2010 dramedy film Somewhere for her role as a Vampire model.

Personal Trainer
She has modeled for Victoria Secret and Justin Gelband is the trainer responsible for sculpting all the VS models. Justin puts more emphasis on diet. He recommends not to overeat and trim off salt, sugar (except berries), alcohol strictly from the diet. He suggests Dr. D’Adamo blood type diet to his clients.

Carbohydrates should be reduced from one diet, but make sure to eat some otherwise the person will feel devoid of energy.

Raw nuts and avocados are good for gaining energy, according to Gelband. But, apart from giving energy, they also provide fats, so eating to the fullest will not do good to health.

Justin recommends his clients to do interval training of 30 minutes rather than hour plus cardio sessions. Also, sprints are not recommended by him (though they shed away lot many calories in less amount of time) as they can injure the models easily and are good for persons looking to build muscles or making the body bulky. 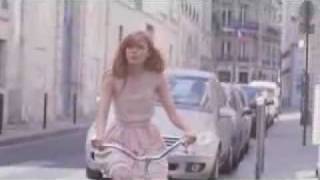