Maria Borges is an Angolan model. She was named Forbes Africa Magazine top model of 2013. She is a Riccardo Tisci favorite and calls him her godfather. She is known for Walking the annual Victoria Secret Fashion Show.

Maria Borges By Rui Aguiar For Vogue Portugal May

Family
Mother – Died when Maria was 11.
Siblings – She has an older sister and brother.

Education
Maria aspires to study science. She has learned English from a college course in the US.

Early life
Maria Borges was raised by her siblings during the Angolan Civil War.
She was discovered in 2010 when she placed second at the Angolan edition of the contest Elite Model Look.

In 2012, she signed with Supreme Agency.

One month later, she debuted her first fashion week where she walked 17 runways.
For her second season, she was a Givenchy exclusive.

Borges has appeared in editorials for French, Italian, British, Spanish, German, and Portuguese Vogue, German and Australian Harper Bazaar, Brazilian Marie Claire, French Numero, V, W, i-D, and Interview.
In 2017, Maria Borges was the first African woman to feature on the cover of the American version of ELLE, 20 years after Sudanese model Alek Wek in 1997. 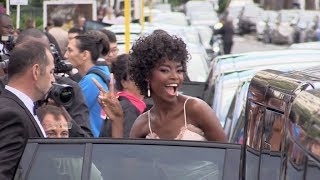 Borges has appeared in every Victoria Secret Fashion Show since 2013. 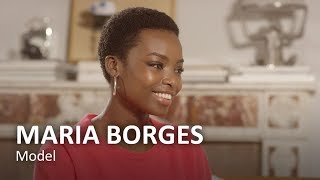 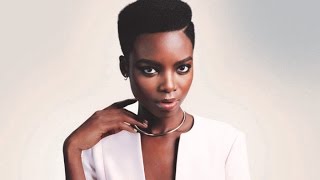 Personal Trainer
She exercises in the gym. Maria pays more attention to her legs, being a model. She does yoga, Zumba dance workout, Pilates, spinning workout, running outdoors, etc.
Maria eats healthy and doesn’t do any crazy diets which may have a harmful effect on the body.

Maria Borges Facts
Mario childhood was spent in the Angolan Civil War.
Maria was raised by her older siblings.
In late 2010 (at 17 years of age), she was discovered when she came 2nd during the Elite Model Look contest (Angolan edition).
She has become the favorite model of Italian fashion designer Riccardo Tisci.
Maria considers Tisci as her godfather.
Borges was the top model of 2013 as per Forbes Africa Magazine.
When she walked the Victoria Secret Fashion Show wearing her natural afro hair, she became the first black model to do so on November 10, 2015.
She has walked in the Victoria Secret Fashion Show in 2013, 2014, 2015 and 2016.
She lost her mom when she was 11.
She knows Portuguese and English (She did English course from a city college).
She has a tattoo on her body which reads “Step by step.”
Borges was a quiet schoolgirl.
In her childhood, she wanted to become a doctor.
Naomi Campbell is her fashion icon.
She won the Ford Supermodel Angola 2011. 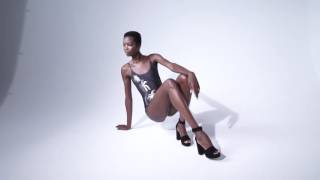