Lauren Drain is best know for her New York Times bestselling book, Banished: Surviving My Years in the Westboro Baptist Church which chronicles her experiences and eventual banishment from the church and
her claim to fame on social media for stunningly fit body and workout routines. 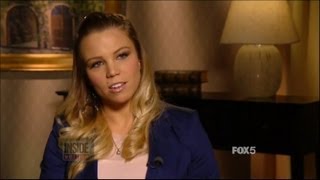 Education
Lauren completed her schooling from Topeka West High School in Topeka, Kansas. As she graduated with excellence, she won a Wiseman scholarship to Washburn University and graduated from there in 2007 with a Bachelor of Science degree in nursing.

Early life
Drain was born in Tampa, Florida and lived in nearby Bradenton until age five, when she moved to Olathe, Kansas as her father, Steve, enrolled in a graduate program at the University of Kansas.
Steve Drain first came into contact with Westboro while working on a documentary critical of the church. He eventually became a fervent convert, and his entire family followed him into the church.
Lauren Drain was a member from 2001 until 2008, when she was excommunicated for questioning church doctrine.

Her parents, two sisters, and brother are still members of the church, and have cut all ties with her.
Drain graduated from Topeka West High School in Topeka, Kansas and earned a Wiseman Scholarship to Washburn University.

Career
Drain graduated from Washburn University in 2007 with a Bachelor of Science degree in nursing. Lauren worked as a Registered Nurse for nine years before becoming a full-time personal trainer and fitness model. Drain has been married to David Kagan since August 2013. She currently lives in Los Angeles. She also identifies as a Christian.

Drain participated in the NOH8 Campaign in 2013.
Drain wrote the book titled Banished: Surviving My Years in the Westboro Baptist Church, co-authored by Lisa Pulitzer which describes her experiences in the Westboro Baptist Church and her ultimate expulsion from the church. It has been on the New York Best Sellers list in the eBook category as of March 30, 2013.
Drain is a fitness model, using her social media account such as Instagram and Facebook to showcase her fitness routines, strength and motivational content.

Manager
She is completely independent and self-manages herself. 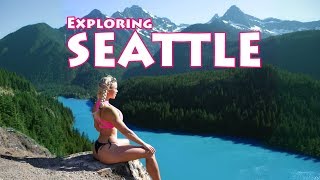 First TV Show
Lauren Drain made her first TV show appearance as herself in March 2013 on Piers Morgan Tonight.
Personal Trainer
Lauren is self-dependent when it comes to keeping herself physically fit. She believes that fitness is a necessity as it keeps the mind afresh and helps gain an upper hand in daily activities.
As a part of her cardio workout, Lauren prefers to go with kickboxing as it helps increase blood circulation and build up core body heat so that she can sweat more. In order to workout her core, she prefers to do ‘cable crunches’ and heavy weighted ‘woodchops’. According to her, there are 3 factors that contribute to her physical fitness – physical exercises, proper nutrition, and sufficient rest. 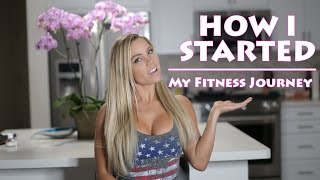 Lauren Drain Facts
She was forced to become a part of the Westboro Baptist Church by her father and mother at the age of 15.
She was a part of a church that is known for its rebellious hate speeches.
Lauren 2013 book “Banished”, became a New York Times Bestseller in the same year it was released.
Her father Steve was a producer who wanted to film a documentary upon the fascinating story behind WBC, but his fascination with the beliefs and teachings of the church soon turned into an obsession that forced Lauren family and her to become a part of the congregation.
At the age of 21, Lauren was evicted by the WBC members after her family caught her chatting with a teenager online and told the church.
In 2008, Lauren was disowned by her family and everyone else who she had ever come across at that time.
Lauren was physically abused and blamed for infuriating her father anger.
For 9 years, Lauren worked as a registered nurse before she paved a career into full-time personal training and fitness modeling.
In 2013, she aided the NOH8 Campaign to promote same-sex marriage, gender equality, educational rights, and advocacy with social media and visual protests.
Lauren showcases her fitness routines and workouts through her social media accounts.
Lauren has gained a famed reputation as a fitness model across the world.
Visit her official website @ laurendrain.com. 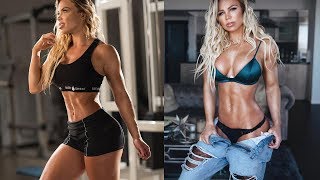