Kelly Rohrbach is an American model and actress known as a model in Sports Illustrated and her role as C.J. Parker in Baywatch and best know for Being the ex-girlfriend of Leonardo DiCaprio. 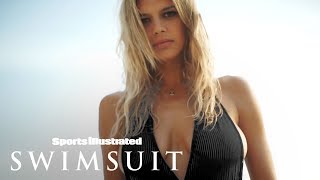 Early life
Rohrbach was born in New York City and raised in Greenwich, Connecticut. She is the daughter of Anne (nee Wholey) and Clay Rohrbach, a financier. She attended Greenwich Academy. She played golf for Greenwich and earned an athletic scholarship to Georgetown University to play golf for the Georgetown Hoyas. She graduated from Georgetown in 2012 with a degree in theatre, and enrolled at the London Academy of Music and Dramatic Art to pursue acting.

Career
Rohrbach had small roles in the TV series Two and a Half Men, The New Normal, Rizzoli and Isles, Broad City, and Rush.

After working in Hollywood for two years, Rohrbach began modeling. She appeared in Gap Inc. 2014 holiday marketing campaign and for Old Navy denim in 2015. She appeared in the 2015 Sports Illustrated Swimsuit Issue, and was named its Rookie of the Year. She played C. J. Parker in the 2017 feature film Baywatch, which is based on the 1989–2001 TV series of the same name.

Brand Endorsements
She has appeared in Old Navy jeans commercial in 2015.
In 2014, Kelly appeared in holiday marketing campaign of Gap Inc.

First Film
She debuted with 2012 film Wilt for her role as Beatrice.

First TV Show
In 2013, she appeared in just one episode entitled “Dairy Queen” of comedy series The New Normal for her role as Amber.

Personal Trainer
Kelly is a workout lover, but not a gym rat. She prefers to go out and exercise outdoors. Kelly goes for hiking, running, beachside workout or whatever she feels like.
But after relocating to New York, her workout routine was disturbed and wasn’t able to exercise for over a month.
She sleeps a lot, drinks a lot of water and stops eating dairy and wheat couple of days before a big photoshoot.
Her example diet plan would be like (Told by Kelly herself) –
Breakfast – Oatmeal and a Honeydrop lemon cayenne juice
Lunch – Avocado toast
Dinner – Quinoa and chicken

Kelly Rohrbach Facts
Kelly used to actively play golf when young.
Rohrbach got an athletic scholarship to play golf from Georgetown Hoyas (in college sports) to represent Georgetown University.
Kelly started modeling at the age of 24 (in 2014).
She was titled “Sports Illustrated Swimsuit Rookie of the Year” in 2015.
Talking about television series, she has already appeared in Two and a Half Men, The PET Squad Files, to name a few. She was also seen in 2017 movie Baywatch.
She started playing golf due to her dad who was a really good golfer. He used to take her to the golf ground and she gradually started liking the sport.
She does not forget to carry her blanket (she calls it mockey) wherever she goes.
She once had to wear a tarantula during a photoshoot.
According to her, she is best known for her legs.
She is afraid of sharks.
If she could choose just one designer to wear for the rest of her life, she would go with Swedish designer Teotoki.
“Kiss” by Prince is her go-to karaoke song.
She would love to do a kissing scene with Jason Segel.
She is not a morning person.
Kelly can’t live without Milano cookies.
She has a celebrity crush on Mark-Paul Gosselaar.
She has a sweet tooth. 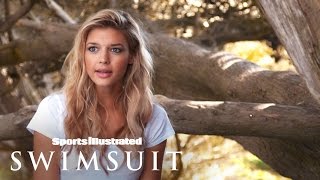