Jocelyn Chewis a Canadian model who rose to prominence after her participation and a top-5 finish in the 2013 season of the fashion-based reality TV show The Face, where legendary supermodel Naomi Campbell mentored her. After the competition, she was signed on by several major modeling agencies and has been featured in advertising campaigns for leading fashion , clothing and magazines brands.

Jocelyn Chew and Chantel Jeffries on the beach in Miami

Jocelyn Chew and Chantel Jeffries on the beach in Miami.

Jocelyn Chew is a New York-based Canadian model, reality television star and blogger who recently attracted media attention as the new girlfriend of American rapper Diddy. She was one of the top 5 finalists on the Oxygen network reality television modeling competition series ‘The Face’ in its first season. During her decade-long career, she has worked for brands like ‘Guess’, ‘Forever 21’, ‘Calvin Klein Underwear’, ‘Missguided Lingerie’, and more, and has been featured on prestigious magazines like ‘Cosmopolitan’ and ‘Seventeen’. She also appeared on the music video of Justin Bieber’s hit song ‘Boyfriend’. She is represented by a number of modeling agencies, including Wilhelmina Models, Next Model Management, Vision Models LA and MGM Models. She is also a fashion and lifestyle blogger who occasionally posts blogs on style, travel, beauty, fitness and her photoshoots on her blog ‘Jet Set Joce’. She is a friend of popular YouTube vlogger Chantel Jeffries.

Interested in fashion since an early age, Jocelyn Chew began her modeling career at the age of 16. She traveled across the world for her modeling assignments and eventually settled in the United States, where she became a well-known face in the New York fashion circle for modeling for elite magazines like ‘Cosmopolitan’ and ‘Seventeen’. She also appeared on catalogues and print campaigns for ‘Guess’ and ‘Forever 21’ brands.

After about three years in the industry, a 20-year-old Jocelyn got the opportunity of a lifetime after she was selected as a contestant to appear on the first season of ‘The Face’, on which she was a member of ‘Team Naomi’ and was mentored by English supermodel Naomi Campbell. The auditions were over by August 2012 and the show began airing in February 2013. She was one of the 12 finalists of the season and finished fifth. The show helped her gain exposure in the industry and opened up new opportunities, including a contract with One Model Management in New York. In mid-2015, after gaining enough experience in the field of fashion and beauty, she decided to share her knowledge with fans via her newly created blogging website, ‘Jet Set Joce’. Her first blog, titled ‘Hello World’, was posted on May 10, 2015, and served as an introduction. However, she has not been very active as a blogger, and has only made occasional posts, with the last being in January 2017. Jocelyn, who has appeared on photoshoots for several major brands so far in her career, has already established herself as a successful model. However, she became the talk of the town after her budding relationship with popular rapper Didi was revealed by tabloids in October 2018.

Jocelyn Chew was born on May 15, 1992 in Victoria, Canada, where she was raised in a small farm. She is half Chinese and half Icelandic. She studied at Claremont High School in California. She is adventurous and loves to participate in extreme sports. She loves the fact that her job allows her to travel to amazing destinations in different parts of the world, including Singapore, Hong Kong, and Greece. While she often travels as part of her job, she now lives in New York, United States.
Jocelyn had studied at the Claremont High School in Victoria, Canada. 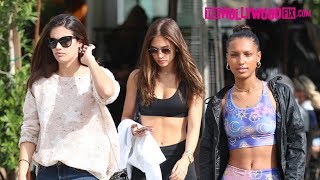 Jocelyn Chew had previously been in a relationship with social media star Jesse Waits. While the reason behind their split is unknown, according to a report by LoveBScott.com in October 2018, she is currently dating rap music mogul Diddy, with whom she has been spotted several times in the past. For some time, there have been rumors about Diddy’s alleged break-up from his longtime girlfriend of 10 years, singer Cassie Ventura. The couple had briefly separated in 2015 following rumors of him being involved with another woman named Gina Huynh, but they were back together later. They also had a domestic dispute in 2016, for which the police had to be called. However, this time things seem to be more serious because soon after the news of his new affair with Jocelyn was published, Cassie’s representative confirmed to the news outlet that Diddy and Cassie are not together anymore and have split months ago. Interestingly, in late September, Diddy and Jocelyn spent some quality time together in Miami. They were subsequently spotted attending Drake’s opening show at Staples Center in Los Angeles. While Cassie initially seemed to be done with Diddy for good, a few days after his new affair made news headlines, she posted a cryptic message on her Instagram Story, calling out “hoes”. Soon after, a source close to Jocelyn told reporters that she was “unfazed” by such comments and actually found it funny that she was trying to throw shades at her. The source also claimed that while she enjoyed the company of Diddy, she could leave the relationship if she wanted. 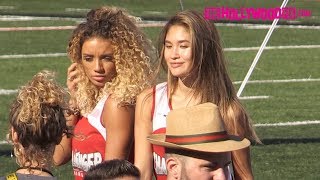 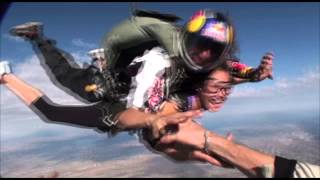