Jemma Lucy is Best Known For Being a part of the dating reality shows Ex on the Beach season 3 (2015) and season 5 (2016).
Celebrity Big Brother Season 20 (2017) – Jemma managed to survive in the house for the entire duration but was the first one to get eliminated, and finished in 6th place on the finale night. 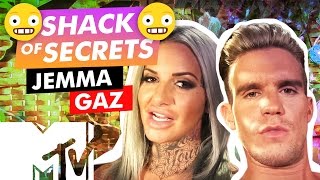 In February, Jemma told her Snapchat followers: “I’m going bigger,” and pointed to her chest.

Education
Jemma was brought up in a posh locality of Singapore. Due to her difficult nature, she was expelled from an International school there at the age of 11.
Her parents sent her back to England to finish her schooling where she was expelled from two more elite private schools, one of them was St Mary School, Calne, Wiltshire in South West England. 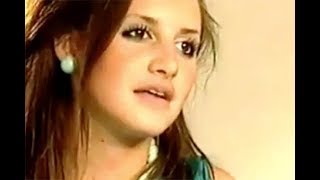 Career
In 2005, she appeared in Brat Camp.
In 2011, she participated in Signed by Katie Price.
In 2016, she walked out of the Ex on the Beach house in series 5.
In 2017, she participated in Celebrity Big Brother 20, being evicted first on the final night in sixth place.

Distinctive Features
Extremely curvaceous figure owing to multiple breast augmentations and Brazilian butt lift.
Unique patterns of tattoos all over her body such as temples on the face, neck, arms, legs, lower abs, etc that also includes a panther face right below her neck.
Very thick lips due to Botox injections.

Brand Endorsements
She is the face of her dating sites called www.datingink.com and Jemsplayground.com.
Jemma promotes her own brand of lipsticks called Juice by Jem Lucy.

First TV Show
Jemma made her TV Show debut in the 2005 reality series, Brat Camp Season 2, where she was sent by her parents to live with 6 other difficult teenagers on an isolated ranch with the hope to tame her disrespectful and rebellious behavior.

Personal Trainer
Jemma was trained by Shaquille Whittaker until November 2017 after which she took up training and started exercising under the supervision of the Manchester-based trainer, Dale Walker.
Formerly, the reality star showed her liking for training with heavy weights by putting up a show for the local paparazzi but it is not clear how dedicated she is to her workout routines, considering she travels a lot for work and pleasure.
However, she told Closer magazine she has radically cut back on alcohol and replaced booze with the gym because severe hangovers were getting in the way of her work.
She also frequently wears a waist trainer to maintain a slim and narrow waist and aims to build a body that resembles that of Khloe Kardashian.
Jemma primarily depends upon cosmetic surgery to improve and alter her body composition and symmetry. She has happily shared her results for getting the Brazilian Butt lift on social media.

Jemma Lucy Facts
She shared that her parents tricked her into participating in Brat Camp (2005) by telling her that they were sending her on a skiing trip.
Jemma confessed her abusive language and rebellious behavior throughout her teenage years was a cry for attention from her parents because she felt they favored her sister over her.
She started getting tattoos all over her body in her early 20s which made Jemma mother disown her for years.
During her teenage years, Jemma was arrested 3 times for shoplifting. Despite a hefty allowance of £150 provided every fortnight, Jemma could not be bothered to save money for an expensive purchase.
In 2011, Jemma competed on the reality show Signed by Katie Price to win a contract with her company that offered massive exposure in the fashion industry. She was placed 6th but she became good friends with her mentor, Katie Price.
In an interview to Closer magazine, she confessed that her decision to go blonde and get a breast augmentation procedure was inspired by Katie Price appearance.
Jemma and Katie had a terrible fall out in their friendship in 2012 due to undisclosed reasons and their feud got only worse with each passing year.
In March 2017, thieves broke into Jemma home in Manchester to steal her £20,000 worth shoe collection. Although, they dropped most of it in the street when her neighbors raised an alarm sensing a break-in next door.
Jemma could not sit for 3 weeks after getting a Brazilian Butt Lift, which she says was totally worth it.
Since the age of 20, she has been getting Botox 4 times a year to retain the unnatural fullness in her lips.
She admitted in an interview that her addiction to surgery has given her Body Dysmorphia. She can’t look at pictures of her regular self from her pre-surgery days and though she feels far from perfect, her cosmetic procedures and tattoos are a major source of her confidence.
Jemma used to make 3000 pounds a week by stripping in a London strip club called For Your Eyes Only and at private A-list parties in Brighton, Newcastle, and Manchester which was enough for her to buy her own house within a couple of years.
She claimed she was good at earning money as a stripper because she refused to consume alcohol and drugs on the job and would not have s*x for money with anybody.
Her erotic pictures were featured in popular men magazines such as Maxim, Loaded, Zoo and Nuts. An erotic calendar is also sold in her name. 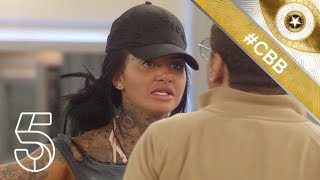