Isabel Lucas From Careful What You Wish For

From Careful What You Wish For

ISABEL LUCAS in CAREFUL WHAT YOU WISH FOR Official Trailer (2016)

in CAREFUL WHAT YOU WISH FOR Official Trailer (2016)

in Careful What You Wish For

Early life
Lucas was born in Melbourne, Australia, the daughter of Beatrice, a special needs teacher, and Andrew, a pilot. Her father is Australian and her mother is Swiss, she can speak French and Swiss-German in addition to English. As a child, Lucas lived in Cairns, Queensland. She also lived in Switzerland and Kakadu, in the Northern Territory. Lucas attended St. Monica College in Cairns. 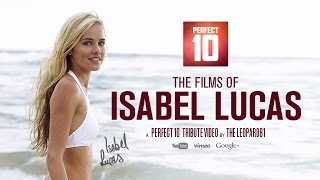 Career
Lucas was involved in drama during her school years and attended courses at Victorian College of Arts and Queensland University of Technology. She was discovered by her now agent Sharron Meissner. She auditioned for the role of Kit Hunter in Home and Away; although the producer of the show, Julie McGauran, felt that role was not right for Isabel, she was sufficiently impressed to have a new character, Tasha Andrews, created for her. Lucas won a Logie Award (for new popular talent) for her performance on the series.

In 2009, she appeared in the vampire science-fiction thriller film Daybreakers. While working with Steven Spielberg on the World War II miniseries The Pacific, Spielberg suggested Lucas for the role of Alice in the sequel Transformers: Revenge of the Fallen, where he served as executive producer.

In 2011, Lucas played the goddess Athena in the fantasy film Immortals and signed on to appear in the film Knight of Cups.

In November 2012, Lucas was featured as the main character in the music video for Give Me Love by British singer-songwriter Ed Sheeran.

In March 2013, it was announced that Lucas would star in the thriller Careful What You Wish For, which was not released until June 2016. 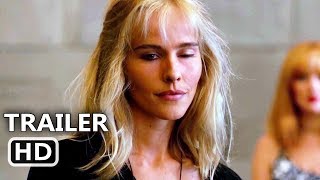 Activism
In October 2007, Lucas was part of a group of 30 people from Surfers for Cetaceans, including American actress Hayden Panettiere, surfers David Rastovich and Vaya Phrachanh, who took part in a protest against dolphin culling in Taiji, Wakayama, Japan. The group paddled out on surfboards to the dolphins to attempt to stop the hunt, but they were forced to turn around after being intercepted by one of the fishing boats. They drove straight to Kansai International Airport and left the country to avoid being arrested for trespassing by the Japanese police. There is still an outstanding arrest warrant for Lucas in Japan.

In 2004, Lucas served as a spokesperson for the Australian National Breast Cancer Foundation and provided support to many organisations, including World Vision as of 2009, The Humour Foundation as of 2004, Women Against Violence, Oxfam Community Aid Abroad as of 2006, Global Green Plan as of 2009, Save the Whales Again as of 2010 and Sea Shepherd as of 2012.

In 2010, Lucas and the Summit on the Summit team climbed to the top of Mount Kilimanjaro to raise awareness about the global clean water crisis.

Lucas, a vegetarian, was nominated as one of Australia Sexiest Vegetarian Celebrities on PETAAsiaPacific.com for 2010. 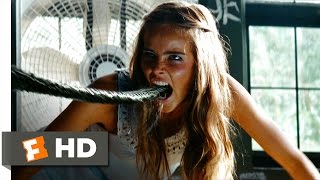