Hannah Holman escapes from the heat in a pool. Photographed by Aaron Feaver

Father – Was a cattle rancher
Mother – Had served as a schoolteacher
Siblings – She has 3 siblings. All older.

The child of a schoolteacher mom and cattle rancher father. She was raised in a small (population approx 210) town of Leamington, Utah. she is the youngest of 4 children. She is skilled as a western horse rider, having helped her father for years. Holman was discovered at 15 at a shopping mall.] 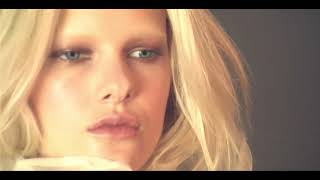 Hannah is associated with these modeling agencies –

Hannah first appeared in Resort 2010 fashion show where she walked for Prada, and Miu Miu.

In 2008, she made her acting debut with drama film Parade for her role as Tasha. 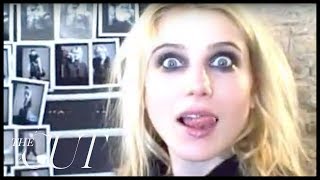 She has taken the help of Michael Olajide of Aerospace NYC. Michael has trained many Victoria Secret models, Sebastian Stan and other celebrities to get back in shape. She shared the same with her fans on Twitter in June 2016.

Later, she shared about her jump rope workout on Twitter in July 2016.

She can play the violin which is also one of her timepass activities. Other things she likes to do are knitting, and baking.
Hannah is friends with other models which are Ali Stephens, Amanda Norgaard, Ann Kenny, Ash Stymest, Dorothea Barth Jorgensen, Hanne Gaby Odiele, Hind Sahli, Jacquelyn Jablonski, Julia Nobis, Lauren Brown, Lisanne de Jong, and Mirte Maas.
Hannah is the youngest in her family.
She is a skilled horse rider.
At the age of 15, she started modeling after getting discovered at a shopping mall while she was shopping for a school dance dress.
If she wasn’t modeling, she would have been a pathologist.
She always wears moisturizer beneath her makeup.
Her style is sporty and relaxed.
She shops both online and offline. Her online funda is when she needs some time to think about a clothing, she buys online. Otherwise, she’ll go and check out a store.
Her favorite timepass while on shoot or backstage (during a fashion show) is by reading, playing sudoku and talking endlessly with others.
Gwyneth Paltrow is her style icon.
She washes her hair every other day and uses a lot of conditioner. 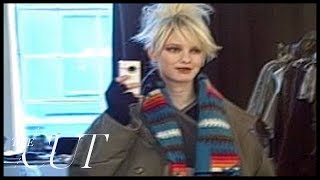