Top US fashion model on Friday pulled out of the annual Victoriao Secret fashion show in Shanghai after an online video showing her apparently making a slanteyes face sparked criticism in China.

Millionaire model, slammed earlier in year for slanteye gesture, says she is ‘bummed’ she will not be able to attend but does not give reason why. 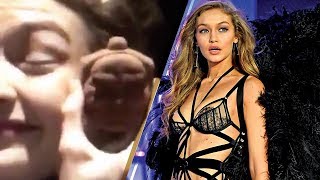 The announcement is the second apparent snag to hit the US lingerie makero A-list underwear extravaganza set for Monday, following reports that three Russians and one Ukrainian model had failed to obtain Chinese visas.

Hadid, ranked fifth on Forbes’ list of the highest-paid women models last year with US$9 million, had excitedly announced her participation in the show in August.
She gave no reason for the reversal.

“I’m so bummed I won’t be able to make it to China this year,” the 22-year-old said on Twitter.

“Love my VS family, and will be with all my girls in spirit!”

Hadido pull-out averts a potential public relations disaster for Victoriao Secret, which is hoping to shore up a sagging bottom line with a push into Chinao growing intimate-wear market.

The company opened its first flagship stores in China this year and Mondayo show is the first held outside the US or Europe.

Chinese internet users lashed out at Hadid after her sister Bella – another of the three dozen or more models expected in Shanghai – posted an Instagram video in February showing Gigi squinting her eyes while holding up a Buddha-shaped biscuit.

After Hadid said in August that she would come to Shanghai, many Chinese accused her of racism and warned her to stay away.

She posted a bilingual apology on Chinao Twitter-like Weibo on September 1, declaring her “respect and love for the people of China” and swearing she meant no harm, but even that drew flak.

A Victoriao Secret spokesman declined to comment when asked whether Hadid pulled out on her own, was asked to by the company, or whether Chinese authorities applied any pressure.
Most Weibo comments on her withdrawal were celebratory. 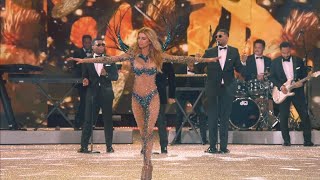 “Suddenly I have better feelings about VS. If she had come, I would never buy VS my entire life,” one person wrote.
Others, however, expressed regret, especially following Hadido apology.
What a pity. I like her a lot,” one said.

Speculation has also swirled over the participation of Russiao Julia Belyakova, Kate Grigorieva and Irina Sharipova, and Ukraineo Dasha Khlystun, after unconfirmed reports suggested they were denied Chinese visas.

“Thato getting into a Chinese government issue. Victoriao Secret is not going to comment on that,” he said.

It was not immediately clear if Bella Hadid would still attend and the spokesman referred all line-up questions to the models’ individual agencies.

Hadid joins a list of foreigners who have worn out their welcome in China.
Argentine international footballer Ezequiel Lavezzi, who plays for Chinese club Hebei China Fortune, apologised in May after publicity photos showing him pulling the corners of his eyes back in a slant-eyed gesture angered many. He is still with the club.

A number of others including singers Bjork, Elton John, Katy Perry, Justin Bieber, Miley Cyrus, and Lady Gaga, and actors Richard Gere, Brad Pitt, and Sharon Stone, have either been banned or pilloried for words or actions deemed as criticising China on sensitive topics like Tibetan independence and human rights.