Alice Braga is a Brazilian actress. She has appeared in several Brazilian films, most notably as Angelica in 2002 highly acclaimed City of God and as Karinna in 2005 Lower City. 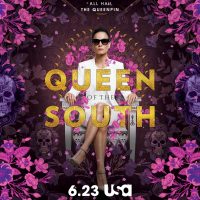 Gael Garcia Bernal and Alice Braga at the 'El Ardor'

Gael Garcia Bernal and Alice at the 'El Ardor'

in the Queen of the South

ALICE BRAGA queen of the south

Alice Braga – Tribute to Hispanic Achievements in Television 2016 in NY

Alice Braga In Queen Of The South

Early life
Alice Braga Moraes was born in São Paulo, Brazil. She was raised in a Catholic family. Her exposure to the world of acting came at an early age. Both her mother, Ana Braga, and aunt, Sônia Braga, are actresses, and Braga often accompanied them to film sets. She began her career by appearing in school plays and commercials. Her first commercial was for yogurt when she was eight years old. As a teenager she began pursuing roles in television and movies. She speaks fluent Portuguese, Spanish and English.

She came to international prominence after appearing opposite Will Smith in I Am Legend (2007) and has since become a familiar face in Hollywood, appearing in films such as Repo Men and Predators (both 2010), The Rite (2011) and Elysium (2013). She plays main character Teresa Mendoza in crime drama-thriller series TV series Queen of the South (2016–present). She played Wisdom in the 2017 movie The Shack, based on the book of the same name.

Career
In 1998, Braga debuted in a Portuguese-language short called Trampolim, and then returned to her schooling. Her big break came in 2002 when she was cast as Angelica in the critically acclaimed film City of God, for which she received a Best Supporting Actress nomination from the Cinema Brazil Grand Prize. She took more time off and attended university while appearing in a pair of well-regarded South American films—2005 Lower City and 2006 Only God Knows—and in the popular Brazilian television program Carandiru, Outras Historias. Braga made her English-language debut in 2006 with a starring role with Brendan Fraser, Mos Def, and Catalina Sandino Moreno in Journey to the End of Night, which premiered at the 5th Annual Tribeca Film Festival. In 2007, Braga was cast in the Will Smith blockbuster I Am Legend and the drama Crossing Over, which stars Harrison Ford, Ray Liotta, and Ashley Judd. She also appeared in the 2008 David Mamet film Redbelt alongside Chiwetel Ejiofor. Braga portrayed Beth in the science-fiction film Repo Men. She starred as Isabelle in Antal Nimrod Predators, which was shot and produced by Troublemaker Studios and Robert Rodriguez. In 2013, Braga appeared as Frey Santiago in Neill Blomkamp Elysium. In 2014 starred as Eva in the Brazilian crime drama film Muitos Homens Num Só, as Vania in the Brazilian jungle film El Ardor, in the Argentine Romance film Latitudes and as Alice Taylor in Kriv Stenders Action-thriller Kill Me Three Times.

Brand Endorsements
She appeared in a yogurt commercial at the age of 8.

First Film
Her first film appearance was in 1998 when she appeared in the Portuguese-language short film Trampolim for her role as Cláudia.

Alice Braga Facts
She is the niece of actresses Júlio Braga, Maria Braga, and Sonia Braga.
She is fluent in English, Portuguese, and Spanish.
Portuguese is her native language.
Alice and Daniela Braga are cousins.
As a child, Alice used to visit the film sets with her mother and aunt, Sônia Braga.
She commenced her career at 8 by appearing in a yogurt commercial.
Braga had a lead role in the two apocalyptic films I Am Legend (2007) and Blindness (2008).
In 2006, Alice appeared in her first English-language film “Journey to the End of Night”.